“I brought lessons in gender diversity from Sweden”, says Valéria Balasteguim, from Electrolux

After six years working at Electrolux in Stockholm, in Sweden, Valéria Balasteguim, 51, decided to return to Brazil for a new project: assuming the vice-presidency of Human Resources for Latin America. She found another team, new bosses, and an approaching global pandemic: It was January 2020 and the timing couldn’t be more complex.

In the following two years, the executive focused on ensuring the sustainability of the business, while promoting some innovations: she implemented blind recruitment processes, created a Diversity and Inclusion area and trained leaders to perceive unconscious biases in hiring talent .

Today, at the head of the company’s more than 10,000 employees on the continent, she has among her priorities keeping engagement high, even when times are tough. Check out the main excerpts from the interview that Valéria Balasteguim gave to BUSINESS season.

EN – You worked for six years at the Electrolux office in Stockholm, Sweden, and went through several leadership positions. On your return to Brazil, what lessons did you learn?

Valeria Balasteguim – During the years I spent in Stockholm, I woke up to the differences in hierarchy, diversity and culture between Sweden and Brazil. I was only supposed to stay a year and a half, I stayed for six. During that time, I switched positions four times. The last one was Head of Talent Management for the Electrolux group, something I’m very proud of, because I was the first non-European to sit in that chair.

In Sweden, there is a more horizontal hierarchy. Here in Brazil, when you have a meeting with the vice president, you usually go to his office. There, the CPO would write to me: “Are you busy?”. I would hurry to go to his room, and he would say: “I’m coming down”. Also, in the Stockholm office, we had professionals from 62 different nationalities, so talking about diversity was natural.

EN – What influenced the decision to return?

Valeria – I wanted to work on everything I learned abroad here in Brazil, make everything less hierarchical, cultivate diversity and strengthen culture. It’s great to live abroad and I’m very grateful for all the experiences I’ve had, but nothing compares to living in your own country.

EN – Can you give examples of applications of what you learned in Sweden?

Valeria Balasteguim – We created a Diversity and Inclusion area within the Talent Management area, with monitored goals. We extended maternity leave to all family models and created a voluntary gender discussion group. In Sweden, regardless of the gender of the employee, if you have a meeting at school, this is considered a priority. Another difference: here, when the child gets sick, the woman is expected to go away to take care of him. In Sweden, one day the wife stays at home, the next the husband. These were dialogues that I started to bring here often. We still need to learn a lot. There equality exists.

EN – How did this lead to talent acquisition and retention?

Valeria – Since I arrived, we’ve been doing a very strong job of working on the unconscious biases of managers and recruiters. And we are starting to implement blind recruitment. We removed the name from the curriculum, part of the training, where the person came from… The focus is on the candidate’s experience, which is what really matters in the curriculum. We also carried out a census to understand who is in the organization, and based on that, we started to adopt measures to achieve greater representation. We know that a more diverse organization is more innovative, brings more results. It’s not just diversity for diversity’s sake.

EN – What is the feedback from managers on blind recruitment processes?

Valeria – Extremely positive. In traditional recruiting, the tendency is for you to look for people just like you, who look like your class. When you remove these filters, you evaluate the resume in another way. The managers said that perhaps they had not chosen that person by the university where he studied, for example.

EN – You returned to Brazil just before a global pandemic, leading a new team. What was your biggest challenge at the helm in Latin America?

Valeria – HR played a leading role during the crisis. We talked to the leaders to discuss what to do. We managed to establish some commitments with our senior management, based on three objectives: protect the business, protect the cash and protect people. We decided that we would not fire anyone, and we kept our promise. Then an interesting move took place. As people started to stay at home more, they started consuming our products again and sales started to recover.

Valeria Balasteguim – We don’t walk that line. In that sense, we are a little more conservative. In the last phase of hiring, we believe in eye-to-eye interviews. It’s obviously a lot more work because you have more candidates to interview. So we have found other forms of filtering, such as regional internship programs. The fact that we carry out selection processes in a more traditional way helps us find people who match our culture.

EN – Electrolux revised its growth expectations in Latin America downwards, after a quarter of decline in net income compared to the same period of the previous year. What is the role of HR in a time of greatest challenge for the business?

Valeria Balasteguim – At this moment, the results have much more to do with the challenging scenario we are experiencing, with high inflation, lack of raw materials, inflation and pressure on the logistics chain, than with a lack of employee engagement. We just did our last climate survey and our engagement score was high at 86. So we just have to keep up the good work.

EN – Among the company’s goals is to reach 40% to 60% of women in leadership positions in Latin America. Today, the rate is 28%. What are you doing to get there?

Valeria – One of the measures is to ensure that there are always women in the short list of candidates from blind recruitment. If no candidates appear, we’re looking wrong, and we’ll look elsewhere. We also review talent when we discuss succession processes, identifying women who can be involved in this planning. We also create custom plans. If I have a professional who does not yet have sufficient presence or exposure for a leadership role, we create a plan for her to develop these skills. Finally, in relation to the vacancy database, we have a weekly discussion of all open positions in Latin America, to see who we can indicate internally, if there is any employee ready. At that time, my obligation is to ask: “Do you have any employees?”

EN – You mentioned that sometimes candidates do not appear in the attraction stage. Why do you think this happens?

Valeria – Studies show that when a woman sees a job ad and she doesn’t meet two requirements, she quits. With man, the opposite happens. If he meets only two requirements, he is already considered perfect for the vacancy. This happened to me in Sweden when I was promoted for the first time. Despite having the necessary qualifications, I was hesitant to accept the position. We women tend to think that we are never ready.

To try to solve this problem, we did a job of repositioning the ads. when you read the job ads, realizes that they are not neutral: an ad that asks for “travel availability”, for example, tends to limit the attraction of women. What we did was make job ads attractive to both men and women. With the neutral announcement, we had feedback from several engineers who said “I thought this position was perfect for a colleague of mine, I never thought it was for me”.

EN – What trendy word, ready-made phrase or corporate cliché can you no longer bear to hear? Because?

Valeria Balasteguim – “Alignment” is a good example. When someone says, “Are we all aligned?” but each one understands something different. (laughs).

EN – What was your best professional decision?

Valeria Balasteguim – There were two. The first, at the beginning of my career, when I decided to leave the educational area and migrate to the organizational area, even without knowing much about what awaited me. And the second when I decided to go to Sweden. u had the opportunity to live with many different cultures, and it opened my mind a lot. You really live the concept of empathy when you’re in a different country.

EN – And the worst decision?

Valeria Balasteguim – When things don’t go very well, I always think I’m going to learn a lesson. I try to get through the bad phases very quickly to move on to the next one. I did have difficult situations to deal with, but there is nothing that I consider my worst career decision.

EN – Which book have you read lately that won you over?

Valeria Balasteguim – Now I’m reading “Death is a day worth living”, by Ana Claudia Quintana Arantes. It’s very inspiring. And there are others that I’m always reading. Brené Brown’s, for example, are bedside books.

South Korean government is one of the first… 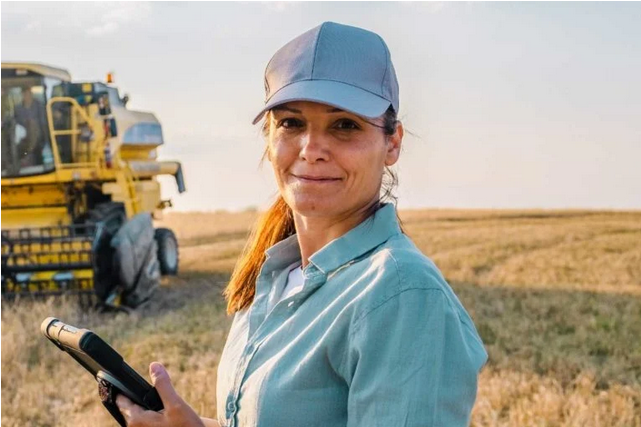 Women working in the agribusiness sector want more protagonism A survey presented on Thursday (27), at the end of the 7th…

It takes a era to scale back gender inequality,…