How to get there: 5 professional advice from black Brazilian female executives

On July 25th, the International Day of Black Latin American and Caribbean Women is celebrated. The date recalls the 1st Meeting of Black Women from Latin America and the Caribbean, in the Dominican Republic, in 1992. On that occasion, a network was created against racial and gender oppression.

In Brazil, in turn, the celebration was only instituted in 2014, in honor of the quilombola leader Tereza de Benguela. Known as “the slave who became queen”, she commanded the largest quilombo in Mato Grosso, the “Quilombo do Piolho”, in the 1740s. Under her leadership, the black and indigenous community resisted slavery for two decades.

Already today, the resistance remains with other faces and models. This is the case of black women who occupy prominent positions in the Brazilian professional market. Currently, according to a survey by the Gestão Kairós consultancy, only 3% of leadership positions in national companies are held by this group.

Among the executives who arrived there are names like Jandaraci Araujo, former executive director of Banco do Povo and current CFO of 99Jobs, or Luciene Malta Rodrigues, project manager at Mover and member of Coca-Cola’s Racial Diversity Committee.

At the request of Elas Que Lucrem, these and three other executives shared their professional advice to other black women who want to leverage their own careers. Look:

A black and lesbian woman, Carina holds a degree in computer science from the Federal University of Rio de Janeiro (UFRJ). With more than 13 years of experience in the technology field, she believes that her trajectory will only make sense if she manages to positively impact other black professionals.

Advice: “I believe that ascending professionally is a process that demands a lot of self-knowledge. Therefore, the first tip is to look for tools that develop this understanding to, from there, create goals and objectives that make sense with the path you want to take.

Study, but always study and study hard, since no one takes away knowledge. Also seek a support network with other black women, whether inside your company or outside – this makes a lot of difference in the process. Also focus on working in companies that see diversity as essential, because the chances of you having a boosted career will be greater!”, she says.

Considered the first black woman to hold a prominent position in a financial institution in the country, Jandaraci Araujo began her professional journey as a snack saleswoman on the train. It was only after getting a job at a retail chain that her life changed, making her dedicate herself to the corporate world. Currently, the executive is chief financial officer (CFO) at 99Jobs, as well as an emeritus advisor to Capitalismo Consciente Brasil, an advisory advisor to Instituto Tomie Ohtake and an independent advisor to software developer KunumiI.

Advice: “First of all, it is very important to prepare yourself to occupy positions of power, in addition to building a network of support and networking. Having people who support you and give you support to withstand the challenges of everyday life is essential in the case of women. My second tip is: always be prepared and open to opportunities. Do not be afraid to ask and to propose to plead positions that, according to common sense, would not be the place you would be. Every place is a place where we can be, after all, we are the ones who define which is the top. Also, don’t give up your values ​​and purpose to be anywhere. Get inspired by those who came before, because no one walks alone and that way we can go further”, he highlights.

Raised in the suburbs of Rio de Janeiro, Luciene Rodrigues is one of the examples of a black woman who was not limited by social barriers. Graduated in marketing and with an MBA in consumer sciences from ESPM, she has worked at large companies such as Coca-Cola, L’Oreal and Itaú. Currently, the executive works as a project manager at the Movement for Racial Equity (Mover) and participates in the Coca-Cola Racial Diversity Committee.

Advice: “There are basically three pieces of advice I like to follow. The first is always to behave towards the next position you want to achieve – and not with the position you currently have. Then show what you’re capable of and don’t listen to the imposter syndrome that can persist in trying to show up in the most difficult times. Finally, if you have an unprecedented situation that causes you fear: go with fear! Don’t let anything stop you,” she says.

With more than 25 years of experience in multinationals, Marta Celestino is CEO of Ebony English School, one of the pioneers in teaching English with a black culture. With the proposal to promote empowerment through language, the network uses African-American history and heritage as a basis. Currently, the school already serves students in more than 16 cities in Brazil, as well as international students.

Advice: “Growing professionally for anyone requires a lot of effort, dedication and specialization. For women, we can multiply this account by three and, in the case of black women, by five. So, my recommendation for women of color who want to move up in their careers is to follow politics, economics and technology on a daily basis. This provides support for us to have an accurate feeling and to be able to anticipate market movements, leveraging our business strategy. Along with that, speak other relevant languages ​​and don’t be afraid to innovate, revisit goals and strategies,” she highlights.

With more than 12 years of experience in corporate resilience, external controls, risk management and business continuity, Viviane Elias is chief process & innovation office (CPIO) at 99 Jobs. Currently, the executive is also a member of the Women Corporate Directors (WDC), as well as a member of the ethics committee and a member of the Minas Gerais Transport Department. Throughout her career, the professional has also participated in Conselheira 101, the first group to train black female executives for board positions, as well as in Pactuá, a connection network for black professionals that aims to increase diversity in the leadership of Brazilian companies.

Advice: “Always think of the power of the collective as a form of social transformation and generation of opportunities for more than one black woman. Focus on trends, technology niches, innovation, corporate governance and other spaces in which we do not see much representation, but which demand our expertise and experience. It is also important to focus on student capabilities, technical skills and soft skills,” she says.

Source: They Who Profit

New ‘digital ID’ begins to be issued in…

TC (TRAD3) is investigated for market… 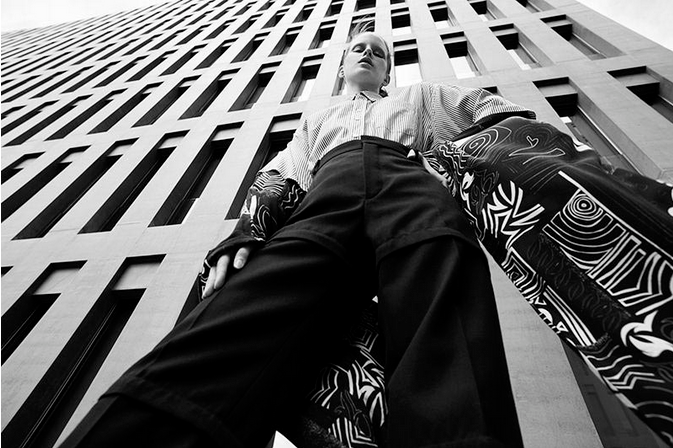 US expects “clean and fair” Brazilian elections, says US…