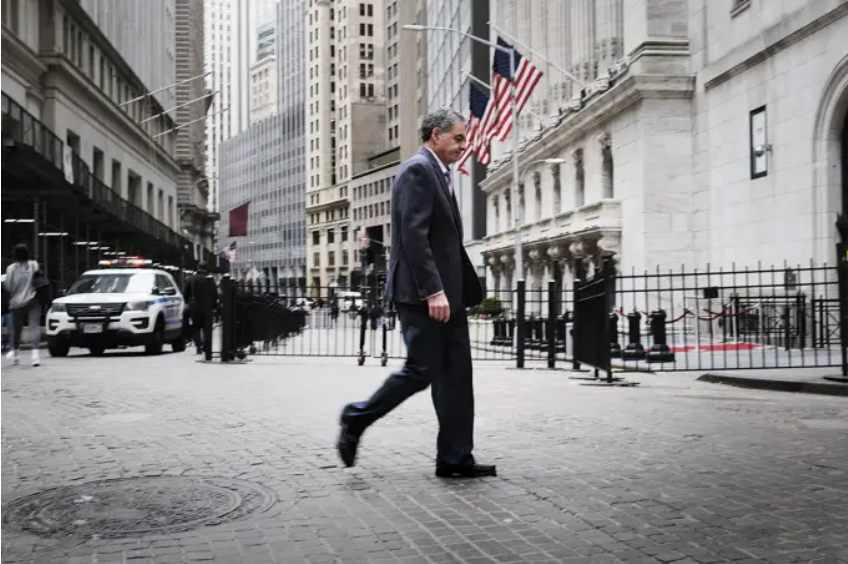 A strange paradox has gripped the American financial market in recent days. In an environment where high employment rates and increased consumption are usually synonymous with good news, economists and investors were hoping for numbers below expectations, on Friday 3rd, the date of the release of data for May. The information that 390,000 jobs were created in the country and that the unemployment rate reached only 3.6%, maintaining an upward bias that has lasted eighteen months and is close to pre-pandemic levels, ended up frustrating this expectation. Immediately, voices from Wall Street began to predict pessimistic warnings. Like Cassandra, the character from Greek mythology with the gift of prophecy and who predicted the fall of Troy in the face of widespread disbelief, big names in the investment world began to repeat a word that has been almost forgotten in recent times: recession.

JPMorgan chairman Jamie Dimon has warned investors to prepare for a hurricane, the size of which is unknown. His peer at Goldman Sachs, John Waldron, said the investment climate was one of the most complex he has ever experienced, with “the confluence of an unprecedented number of shocks to the system”, such as the war in Ukraine, energy, Covid-19, lockdowns in China and the hike in interest rates from the US central bank, the Federal Reserve. The richest man on the planet, Elon Musk, warned that he had “super-bad feelings about the economy” and that he would need to cut jobs at his companies. Representatives of the most powerful investment funds in the world declared that a downturn in the economy would be inevitable, disagreeing only whether it would happen in 2023 or 2024, and whether the biggest impact would be in the United States or in Europe, affected by the energy crisis caused by the war. in the east of the continent. Nobel Prize-winning economist Robert Shiller declared that a recession in the United States could happen, in part, because of a “self-fulfilling prophecy”. “Fear can lead to reality,” he said. One proof is that the shares of American companies have already fallen sharply this year.

Such concern may sound like a great exaggeration at a time of strong recovery in economic activity. But it is precisely this impressive recovery that raises concerns for the future, as it indicates that the high inflation that affects the United States is not only due to difficulties in meeting supply or external shocks, but also because of an unusual acceleration in demand. . The resumption of employment has become worrying as it generates even more pressure in an economy that is continuously heating up and which is already experiencing the highest price rise in forty years, above 8% in the accumulated twelve months – something also seen on the other side of the world. Atlantic, in Europe. Even in Brazil, the GDP figures surprised positively in the first quarter, with consumption above expectations in some sectors, but on the other hand also bringing heavier inflation, contaminated far beyond just imported products and quoted in dollars — from countries that make up the G20, is the fourth largest, second only to those of Turkey, Argentina and Russia. In other words, central banks will have a complicated job to control expectations of higher prices.

The Fed, chaired by Jerome Powell, has said it will be able to bring US inflation to the 2% target without causing a recession, but more and more people are betting that the interest rate can go beyond 3.5%, and with that end up causing a further downturn in the future. “A soft landing of the American economy has never been made in conditions like the ones that exist now. The cases in which this was achieved without causing a recession occurred with unemployment between 5.5% or 6%, for example”, recalls Solange Srour, chief economist at Credit Suisse in Brazil. Six of the seven times that interest rates have risen this fast since 1955, the economy has slipped into recession until a year and a half later.

Many nations face similar challenges as Americans. In all, central banks in 38 countries, which corresponds to 60% of the total monitored by the Bank for International Settlements (BIS), have already raised their interest rates – which includes Brazil. In this wake of adjustments, the World Bank last week revised its projections of world GDP, cutting expectations of expansion of global growth from 4.1% to 2.9% in 2022, and from 3.2% to 3% , in 2023. In relation to Brazil, the expectation improved for this year, going to 1.5%, but it fell from 2.7% to 0.8%, in 2023. The good news is that nobody expects such a big crisis such as the impact of Covid in 2020 or the one caused by the American financial and real estate sector in 2008. The new and possible recession is more reminiscent of those caused by inflation in the 1970s and 1980s, also influenced by energy prices, but economic conditions today are best.

The bad news is that, for the World Bank, countries like Brazil are more vulnerable. To make matters worse, the fiscal risk seems to only increase with the proximity of the elections. On the same Monday, the 6th, in which the PT released proposals by Lula’s government that proposed the repeal of the spending and reform ceiling, President Jair Bolsonaro announced compensation of up to 50 billion reais to states that zeroed out the IPTU on energy, without proposing compensation for cuts for this disbursement. How did it become a joke on Avenida Faria Lima, if, on the one hand, Squid says he will not respect any fiscal rules, on the other hand, Bolsonaro no longer respects any. Shadows are gathering on the horizon and the storm can be severe.

Bolsonaro says gasoline should be R$2 cheaper and…