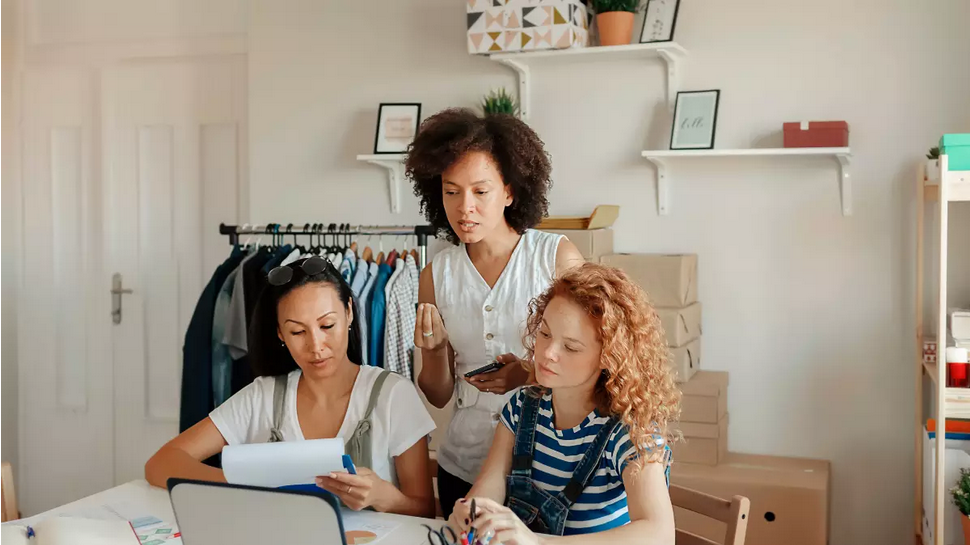 For Andrezza Rodrigues, CEO and co-founder of HerMoney, the last few months were marked by a (r)evolution. Fintech, which develops a financial assistant for female entrepreneurs, closed partnerships with giants in the sector, put its technological platform on its feet and now invests in expanding its customer base and its ecosystem of financial products.

18 months ago, the entrepreneur talked to this startups, when the platform he created to empower micro and small entrepreneurs had only 55 customers. At that time, financial management was done manually – women sent their vouchers, and the startup returned an overview of the finances. A queue began to form, and at one point, 100 women were waiting to use the service. But a lot has happened since then.

Aware of the need to scale, the company founded in 2020 and co-founded by Beatriz Furtado raised around R$1.3 million from names such as FEA Angels, sorority and Wishe Women Capital to increase the team and develop the platform, which has been live for just over a year. Entrepreneurs send images of what they receive and spend via WhatsApp and the startup’s artificial intelligence technology works the magic, using machine learning models to automate the financial control of micro businesses and “learn” movement patterns. The customer base has grown 15 times, and the startup currently has more than 2,500 users.

The addressable market HerMoney These are the 30 million women-led companies in Brazil that, according to Andrezza, often find it very difficult to manage their financial lives. “This relationship with financial management was denied to us for a long time”, points out the founder, referring to an article in the Civil Code of 1916 (revoked in 1962), which considered women incapable of managing and generating financial resources.

According to data from Sebrae Delas, a program to accelerate the Brazilian Support Service for Micro and Small Enterprises (Sebrae) As of 2020, 70% of female-led businesses tend to fail within the first year of operation for reasons such as lack of control in money management. On the other hand, Andrezza points out that women have a greater ability to generate resources in the midst of instability – for example, women (34%) have sought more digital solutions to deal with the crisis than men (31%), according to another report. from Sebrae, last year.

“THE HerMoney looks a lot at an economic problem in Brazil. But to solve an economic problem, we still need to address a cultural gap that we also have, and this is our purpose”, says the entrepreneur, in an interview with startups. According to the CEO, another obstacle is the administrative burden that financial management implies, which Sebrae says takes up about 73 hours of the lives of people who lead their small businesses.

In this context, the fintech “little robot” acts as a tool to build and control financial management, providing resources for decision making: among the features, there is a dashboard that shows a financial x-ray, in addition to sending data pushes , goals and reminders for actions such as accounts payable. The service has a free subscription in the freemium model and a more advanced version for R$ 47, which gives access to mentoring, educational content and financial reports, in addition to banking integration with a dozen institutions.

Typical user profile HerMoney is the entrepreneur with an average turnover of R$20,000, which already has employees and a CNPJ – according to Andrezza, fintech manages to get about 60% of new clients to formalize in 40 days. Despite having a relatively small income, this type of business already generates enough financial information for the entrepreneur to get lost when trying to register it manually, or in any other way. “HerMoney comes to digitize and facilitate this process. Our biggest competitor is [fabricante de cadernos] tilibra“, jokes the founder.

Until recently, the HerMoney was focused on “solving the basics,” says Andrezza, and making the startup’s AI technology increasingly trained and smart, by attracting more users to the platform. Examples of moves in this direction include the partnership with Sebrae-SP to provide access to financial management software for 1 million micro and small entrepreneurs. The expectation is to have about 10 thousand women using the platform in the next 12 months.

However, fintech sees a number of opportunities to add products to the journey of the woman who is at the forefront of her own business. “Our big dream is that the HerMoney be the oracle of entrepreneurs. They won’t have to come out of the [plataforma] to make any kind of financial decision. Based on that, we started to open other paths and bring to this ecosystem all the products and services they need”, explains the founder.

Among these new products is credit, which the founder believes is a mechanism that reverberates beyond the entrepreneur’s business itself, and impacts society as a whole. The demand is latent among women: according to a survey carried out by the National Confederation of Shopkeepers (CNDL) and the Credit Protection Service (SPC), in partnership with Sebrae, 55% of female entrepreneurs classify it as difficult or very difficult to obtain credit in Brazil .

To address these pains, the startup has orchestrated partnerships with names such as the microcredit entity finsol and the Diamondof Bradesco. With the latter, a special credit line was developed in partnership with HerMoney, where more than R$1 million was granted to female entrepreneurs in three months, with an average ticket of R$9,000. “We understand that, on the one hand, our platform deals with the issue of financial culture for women entrepreneurs, and on the other hand, it is a CRM for the financial products and services market”, highlights Andrezza.

According to the founder, having a photograph of the entrepreneur’s finances helps to deliver more assertive offers to the base and avoid women’s indebtedness. At the same time, it reduces the risk associated with credit for institutions. “We deliver highly qualified and assertive leads, with data that are created without human interaction through integrations, and that reduce delinquency and actually increase sales”, points out the CEO.

Despite targeting break-even at the beginning of next year with subscriptions, the HerMoney should open new revenue lines. This includes announcements from financial service providers starting in July on the free version of the platform. In this format, the startup diversifies its partnership model – which until then consisted only of direct agreements for specific projects, as in the case of Losango – and allows brands to access the base of entrepreneurs.

At the same time, the model allows fintech to test the receptivity to financial products offered by partners. “I don’t want to be a bank, or a finance company. I want to be a data center that connects the services that entrepreneurs need to qualified leads”, details the founder. “But we are curating very carefully [de quem irá anunciar]because we built a strong brand and [as usuárias] they are not prepared to consume anything”, he stresses.

The list of advertisers should include credit brands, means of payment and e-commerce solutions: the choice reflects the demands of the platform users themselves. According to Andrezza, the project should start with a brand on each of the three fronts, but the entrepreneur reveals that more companies are in the queue. “When I started doing research and sounding interest, it ended up forming a waiting list, which reflects an excellent relationship in the entire commercial ecosystem as a whole”, says the founder.

Most of the cash burn in the HerMoney is being in customer acquisition, which Andrezza says is the main area of ​​focus for the startup. “We have already learned a lot, but our focus is on learning even more about the behavior [de empreendedoras] and their evolution in relation to products”, he emphasizes. Without opening billing data, the founder says that she will take the result of this homework to the new round that she should raise next year, outside Brazil.

“THE HerMoney it is an increasingly concrete financial product, but it also has a gigantic social impact”, says the founder, adding that during her acceleration at the Inter-American Development Bank (IDB) she was able to prove that investors in the United States are much more advanced in terms of investment. impact than in Brazil. “[Nos EUA] social impact is seen as a cash machine. In Brazil, no one has yet managed to build a critical view of this, and look at opportunities beyond the obvious and what is already known”, he points out.

When it comes to what’s coming next year, Andrezza hopes to hit all of his goals once again. “Our roadmap is conservative: after all, we are women”, says the entrepreneur, who says she is looking for a partner. “I hope that I have surpassed our projections in terms of new products, customers, partners, technology and managed to do things that we did not foresee, because this last year was like that. The business has a life of its own,” she concludes.

How startups can take advantage of big tech…