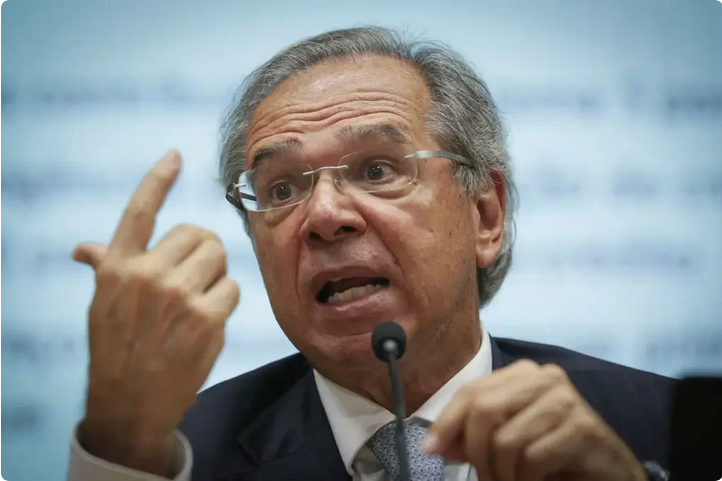 According to the minister, these resources will be passed on to the population “without prejudice to our budget programming”

The Minister of Economy, Paulo Guedessaid this Thursday 28th, that there are about BRL 50 billion in available resources to the government that were not foreseen in the Budget, originated from “excess dividends” and the capitalization of Eletrobras. According to the minister, these resources will be passed on to the population “within the liberal-democratic philosophy”, citing the reduction of taxes, such as Tax on Industrialized Products (IPI) and Tax on Circulation of Goods and Services (ICMS).

“Without prejudice to our budget programming”, said Guedes in the opening lecture of the Telebrasil 2022 Panel.

As shown by Broadcast (Grupo Estado’s real-time news system), the government is counting on the inflow of around R$54 billion in extra revenues to offset the impact of the package to boost social benefits, R$17 billion of which additional reinforcement of the payment of dividends by the National Bank for Economic and Social Development (BNDES). “We are reacting to the war as we reacted to the pandemic,” said the minister.

For him, despite the “very high” interest rates, economists did not count on the structural factor of the Brazilian economy, predicting that there may be growth between 1.7% and 2% this year.

The minister mentioned the implementation of state reforms that had already been implemented, noting, however, that the tax reform, “the most important”, has not yet been carried out.

“When we were going to do tax reform, covid arrived. And recession is not the time for reform, they wanted almost half a trillion to carry out tax reform, for states and municipalities. No way, we had just given half a trillion during a pandemic. If I had to do CPI, where did that money go? They were free resources, they brought the bills up to date, they are even giving raises”, said Guedes.

“Will I break the Union? Only if I were irresponsible”, said the minister, referring to what states and municipalities were asking for in compensation for the proposed changes in the tax reform.

The Minister of Economy stated that the National Congress should approve in the coming days a Proposal for Amendment to the Constitution (PEC) to authorize the increase in the amount of aid from R$ 400 to R$ 600. “If the war escalates, we launch a layer protection for the most vulnerable layers. Congress is expected to launch an additional tier of R$200 worth of Auxílio Brasil,” he said.

Guedes also highlighted that the government should continue the effort to pass a tax reform. According to him, the rule in Brazil is to tax services and products where there is greater ease and this destroys productive equipment.

Projections for inflation and unemployment

The Economy Minister also stated that inflation in the country “should already start to fall”, along with the unemployment rate, while growth should reach almost 2% this year. “Because I think they will make mistakes again”, said Guedes. “It is true that it will slow down, but not recession, instead of growing 3%, we will grow 1.7%, 2% a year”, he added.

Guedes declared that Brazil is coming out of the “rehabilitation clinic” and starting a cycle of growth. Comparing the external scenario, which for Guedes will continue to get worse, the Minister of Economy stated that as long as the war in Ukraine lasts, the price of food and energy will continue to rise.

Despite this, for President Jair Bolsonaro’s assistant, Brazilian inflation “should start to go down now”, referring to the president of the Central Bank, Roberto Campos Neto.

The Minister of Economy also stated that Brazil will become the “energy security of Europe” and the “food security of the world”. In the lecture at the Telebrasil 2022 Panel, Guedes classified Brazil as the country that “is close” and “friends” the European nations and the United States, a condition that places it in a privileged position in the international context.

“Our conversations in Europe and the United States have convinced us that an avalanche of investment is coming to Brazil,” said Guedes. “The US Treasury Secretary used happy expressions. From now on, there is a requirement, a requirement that has to be satisfied, so that there are investments in the country: it has to be close to us. It’s no use making semiconductor in Taiwan. The vulnerability is evident, sources of supply were very far away”, exemplified Guedes, for whom Brazil can invest in the production of semiconductors.

The second credential cited by the Secretary of the Treasury, according to Guedes, is the geopolitical condition. “Russia is close to Europe, but not friendly. You have to be close, you have to be a friend. Who is it? It is Brazil, our access to the OECD must be accelerated”, said the Minister of Economy.