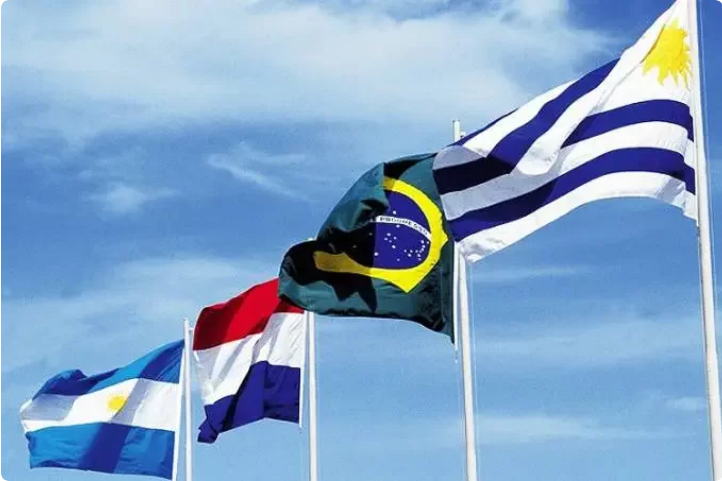 With the recovery of the global economy after being hit by covid-19, the Brazil’s trade balance with neighboring countries in South America jumped 64.7% in 2021 to $7.3 billionand should have a new high this year.

In the first semester, the balance with the South American neighbors had a surplus of US$ 6.2 billion, close to last year’s value, shows a survey by the Brazilian Foreign Trade Association (AEB) based on data from the federal government. The surplus is expected to rise this year.

Last year, the Brazil exported US$ 33.9 billion for the South American countries, and the AEB projects that sales could reach US$ 41 billion in 2022. If the value is confirmed, it will represent a growth of 21% compared to 2021. In the first half, there were US$ 20.3 billion.

The executive president of AEB, José Augusto de Castro, sees the growth of the trade surplus with neighbors as an opportunity for the national industry. This issue will be one of the topics of debate at the 41st edition of the National Meeting on Foreign Trade (Enaex), organized by the entity and scheduled for November, in virtual format.

“Brazil imports 85% of the transformation industry. On the contrary, in exports, the main product is ‘commodities’, but the South American market includes other products”, says Castro.

Exports to South America are mainly made up of manufactured goods – automobiles, machinery and equipment, and food. Imports are concentrated in raw materials – wheat from Argentina, copper from Chile, electricity from Paraguay (because of the binational hydroelectric plant of Itaipu) and natural gas from Bolivia.

According to Castro, the surplus tends to be higher than in 2021 because there is likely to be some stability in imports, given the expected accommodation, or even reduction, in the prices of raw materials, such as wheat and copper, because of the expectation of recession. global.

So far, the situation in the global economy amid the imbalances caused by the pandemic and reinforced by the war in Ukraine has been favorable for trade with South America. Like Brazil, neighboring countries are primarily exporters of raw materials, whose prices have jumped since mid-2020, despite volatility. With more foreign exchange due to good export prices, these neighboring countries were able to buy more manufactured goods exported by Brazil.

At the same time, logistical bottlenecks in international trade have raised freight costs worldwide. As a result, the geographic proximity offered competitiveness to the Brazilian industry as a supplier of manufactured goods to the South American markets. “Due to the geographical proximity, the cheaper logistics, the fact that we are available to export by road and, in some cases, by rail, to some countries, Brazil may be more present in South America”, says Castro.

The favorable situation cannot be taken for granted, ponders the president of the AEB. “We cannot forget that the other countries continue to move”, says Castro. “China has already overtaken Brazil as the main supplier to Argentina. In Chile, the same thing. China is much more present in Chile than Brazil, and this has always been a captive market for Brazil,” he says.