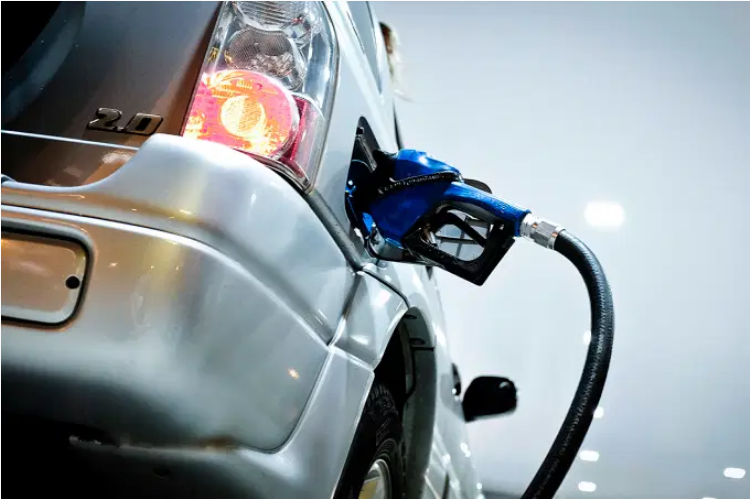 Government evaluates PEC to subsidize fuels as an alternative to calamity

Members of the Jair Bolsonaro (PL) government are evaluating the possibility of approving a PEC (Proposed Amendment to the Constitution) to pave the way for measures to combat the rise in fuel prices.

The strategy is one of the options that are on the table to be activated in an attempt to lower prices. It would be an alternative to the public calamity decree, which was once again defended by the political wing of the government, but faced resistance from technicians in the economic area, as shown by the Sheet.

The decree option ended up losing strength amid the bad repercussions of the negotiations, although it was not totally discarded. However, the president has not given up on seeking a solution to the issue, which worries his campaign team and is seen as the main obstacle to reelection.

The government’s preference is for a measure that does not impose restrictions on spending such as granting salary readjustments to civil servants, as would occur in the case of a calamity decree.​

A meeting at the Planalto Palace, with the presence of Bolsonaro and ministers Ciro Nogueira (Casa Civil), Paulo Guedes (Economy), Adolfo Sachsida (Mines and Energy), Célio Faria Junior (Government) and Bruno Bianco (Lawyer General of Union), was hastily summoned to discuss the topic. The appointment is not on the president’s official agenda.

According to government sources, the main reference for the discussion around the PEC is the device of the former emergency PEC, converted into a constitutional amendment in March 2021 and which allowed the extension of aid to the vulnerable.

In 2020, at the beginning of the Covid-19 pandemic, the government decreed a calamity and created emergency aid for the most needy families, but both only lasted until December of that year.

Seeing no loopholes to frame pandemic spending as unpredictable, given that the crisis had taken months, and having to deal with the prolonged effects of Covid-19 on the economy, the government opted for a PEC to authorize new extra-ceiling spending. The text allowed the extension of emergency aid and set a limit of R$ 44 billion for the action.

Sources involved in the discussions claim that there is still no stipulated amount for the extra-ceiling fuel expense in the new PEC, but they say that this is the line under study. There is still no decision taken within the government.

Technicians against the calamity privately admit that the PEC would be the “safer” route, to avoid future questioning. There is a fear among civil servants of signing documents to endorse measures that can later be challenged by control bodies. However, this does not mean supporting these technicians to a hole in the ceiling.

The discussion comes at a time when Guedes is under pressure to offer a way out. According to politicians close to the president, if there is no solution for fuel, there may be a new offensive to remove him from office. There is a reading that lethargy in the economy could compromise Bolsonaro’s reelection project.

A new edition of Datafolha showed an increase in the advantage of former president Luiz Inácio Lula da Silva (PT) in relation to Bolsonaro in the voting intention survey. The PT appears with 48% in the first round, compared to 27% for the president.

On the other hand, there is recognition that, four months before the election, it will not be easy to approve a PEC, a type of proposal that takes longer to process and requires the support of 308 of the 513 deputies and 49 of the 81 senators.

The calendar has been an opponent of the Planalto’s intentions to remove from paper some measure that contains the price of fuel. Even the change in command of Petrobras has not yet been carried out and should take some time to come out. The shareholders’ meeting is only held 30 days after being called, which, in turn, depends on the submission of government nominations to the board of directors.

In Congress, government allies are emphatic in saying that the government needs to take some action to not let the bill for the increase in fuel and energy tariffs fall on the pockets of the poorest. In recent days, allied leaders have already advocated a new change in the spending ceiling.

According to government sources, a calamity decree would have the advantage of removing the electoral law restrictions on the creation of a fuel subsidy and circumventing some constraints of the LRF (Fiscal Responsibility Law) to the creation of expenses.

However, technicians in the economic area are adamant in stating, behind the scenes, that they see no plausible justification for declaring calamity at this time and opening extraordinary credits to cover expenses outside the spending ceiling (rule that limits the advance of expenses to inflation).

Political interlocutors of the president wanted to implement the measure based on the War in Ukraine, which boosted oil prices on the international market, and the risk of diesel shortages. The interpretation was that the calamity would remove the formal requirements of urgency and unpredictability for opening extraordinary credit. For technicians, however, arguments are not enough.

In the Michel Temer government (MDB), when a subsidy for diesel was created, the extraordinary credit that financed the measure came after ten days of stoppage by truck drivers – which made the problem of shortages a fact, not a risk.

Amid pressure from a wing of the government for a decree of calamity, Senator Flávio Bolsonaro (PL-RJ), the president’s son, told the Sheet that the decision on the solution to lower fuel prices will be taken after a few “steps”.

According to the congressman, who coordinates the campaign for his father’s reelection, it is necessary to wait for the approval of PLP 18, which sets a ceiling for the ICMS rate on fuel and electricity, to see if it will have any effect on the pump.

If that doesn’t happen, the government can, according to him, trigger other measures to reduce the rise in prices, without detailing what they would be.

In an interview with CNN Brasil, the Minister of the Civil House, Ciro Nogueira, said that the government may declare a state of public calamity “depending on the situation in the country”.

The head of the government’s main portfolio did not rule out using the instrument, but said he believed that it was currently not necessary.

“The population is suffering today. I don’t see the need for this state of calamity currently, but if it comes to a point like this, we’ll have to enact it. But I hope this is not necessary,” she said.

In an interview with SheetCommunications Minister Fábio Faria said that it is precisely the rise in fuels that is holding back Bolsonaro’s growth in polls.

He also defended using R$ 15 billion of Petrobras’ profits to create some kind of subsidy. “What are you holding still [o avanço de Bolsonaro] is the price of fuel. But even so, he [Bolsonaro] is growing,” he said.

The president of the Central Bank, Roberto Campos Neto, said this Wednesday (1st) that the implementation of subsidies to mitigate the social impacts of the rise in commodity prices (such as oil) is a “good solution”, but considered that measures in this sense carry the risk of becoming permanent public expenditure.

How Turn2C attracted B3 to the notorious consortium…