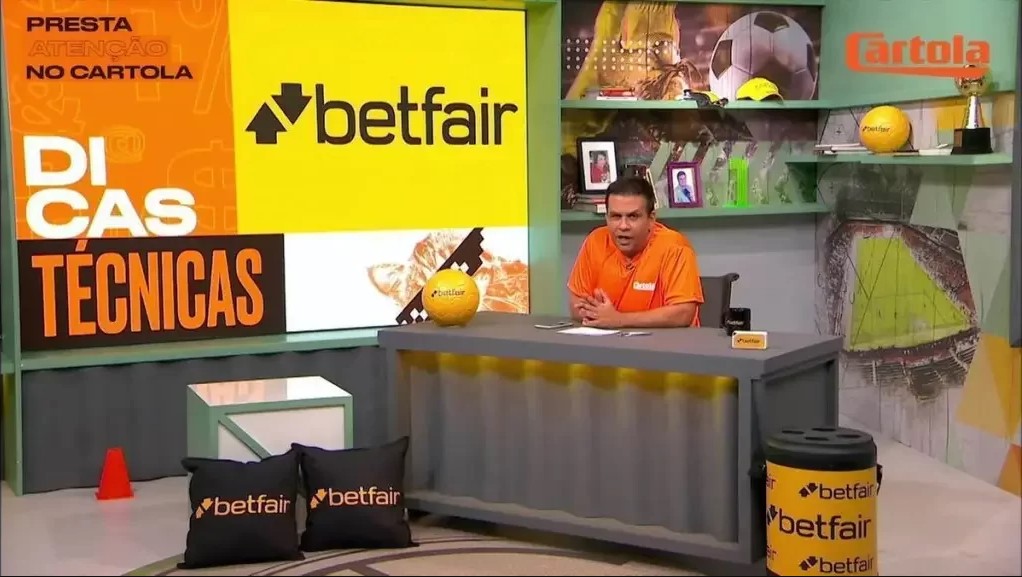 From Globo to RedeTV: TV reveals are additionally dominated by bookmakers

Almost all of them have advertising agreements with companies in the industry; Globo closes millionaire deal for the World Cup

In the same proportion as they sponsor football clubs, bookmakers are also increasingly present in most of the country’s main sports programs. Practically all of them have a relationship with companies in this segment. Globo, which already had Betfair for games and advertisements related to Cartola, this week closed a million-dollar contract with Pixbet for exposure during this year’s World Cup in Qatar.

The values ​​were not disclosed, but in the 2018 World Cup, in Russia, Globo charged the amount of R$ 180 million for each of the sponsorship quotas of the competition, and it is speculated that the current numbers are equivalent to those of four years ago.

The high investment in sports media made by the companies proves the role of economic protagonism of sports betting companies in Brazilian football, which generates R$53 billion annually in the country’s economy, according to a study carried out by Ernst & Young Global Limited, in partnership with the Brazilian Football Confederation.

On SBT, which broadcasts the Copa Libertadores da América, the sports trading partner is Betfair. On TV Bandeirantes, the sponsor for the sports programs is Casa de Apostas.

“I believe that the world of football and the betting companies are great commercial allies. The tendency is for a progressive popularization to occur, especially after the practice is regulated. We see a very promising future for the Brazilian market, we always seek to generate new experiences for fans, with actions that bring us closer to the public. It is part of our communication planning, which has the principle of establishing a dialogue with the football fan. The media allow this interaction to occur simultaneously with the consumption of news and football broadcasts”, explains Hans Scheiler, marketing director at Casa de Apostas.

Although TV Record does not currently have any sponsors of the type, this year’s Rio de Janeiro State event has become Cariocão Betfair. In RedeTV, the one who exposes your brand is the galley.bet. The company, which sponsors the men’s and women’s teams of Corinthians and the Brasileirão Assaí/CBF, produces the program Galera Esporte Clube, which airs every Monday. sponsorship is from Sporting Bet.

“The sponsorships of bookmakers with the main television conglomerates follow what we already see with entities, clubs and athletes around the world. At Galera.bet we go beyond the simple TV spot. At Galera Esporte Clube, a program on RedeTV, we talk about responsible gambling and betting in a playful and fun way. We believe that only educating the Brazilian public will create a fertile environment for us to have a thriving and sustainable gaming market”, says Ricardo Bianco Rosada, CMO of galley.bet.

Currently, about 450 betting sites from abroad operate in the country without any type of taxation. Noting the opportunity to generate jobs, profitability and tax collection in the sector, the debate about the creation of adequate regulation gained strength in the Brazilian political context. In 2018, the national congress sanctioned Law 13,756/18, responsible for creating the “fixed-quota” betting modality, in which online betting in Brazil currently falls. However, the norm still does not meet the particularities of the category, and the appropriate regularization of the activity must take place after the face-to-face elections, taking into account the sporting, economic and tax factors of the segment.

Thus, according to experts, regularization has numerous benefits and should move the betting industry in the country. As we have a massive population passionate about football, the trend is for the media to establish partnerships with companies in the field, with the possibility of launching their own betting platforms, as has happened in other countries. In addition to media organizations, clubs, competitions and influencers should also continue to receive investments from the main betting sites in the world, which see football as an important ally in the search for popularization and attracting new users.

“The trend is for companies in this segment to increasingly connect with media groups that have sport as an asset. Betting creates micro-narratives and promotes a particular and parallel experience during a football match. We are at a time when statistics have become entertainment, there is a generation that consumes sports through games and is intensely interested in data consumption. The partnerships between companies and TV stations will certainly generate new and important revenues for these media groups”, explains Bruno Maia, CEO of Feel The Match and specialist in innovation and new sports technologies.

“The sports betting market, when finally regulated in Brazil, will shake up the media and entertainment market, opening several new business fronts. One of them could be the creation of betting platforms by companies that own TV channels. This has already occurred abroad where powerful sports channels have taken this step, as is the case with Fox Bet and Sky Betting. In Brazil, Globo, for example, already has a fantasy game, Cartola, which I have always seen as an experiment for other businesses in the betting sector”, says lawyer Eduardo Carlezzo, a specialist in sports law.

For sports marketing specialist Fábio Wolff, the experience of watching games and betting almost automatically is an added attraction for fans. “Brazilians are passionate about football, sports in general and gamification, and the act of competing through betting, which has always been great here, has grown with digitalization. Even around that, the investment of these companies in media has expanded, largely because of this engagement and interactivity, but also with an almost daily visibility in the communication channels”, opined he, who is a managing partner of Wolff Sports.

The possibilities for new advertising actions are vast, and according to professionals, there is a very high expectation in the market for regularization to take place in the near future. In the opinion of Renê Salviano, a professional with extensive experience in the advertising market, the approach of the media to companies in the sector is due to the large investments in media made by companies, which seek to connect with sports fans in different ways.

“Betting companies are big investors in media, and TV stations are getting closer and closer to this segment. In the last three years, we have noticed a great movement of everyone preparing for the regulation, it is a great opportunity for the national market to develop in several aspects, I am rooting for this to happen. When you regulate and the company is in Brazil, taxes will generate new revenue for the country and the government can apply this in education, sports, security, among other areas”, concludes Salviano.

Cade approves, with out restrictions, the acquisition of…

US, Taiwan to begin formal dialogue for commerce… 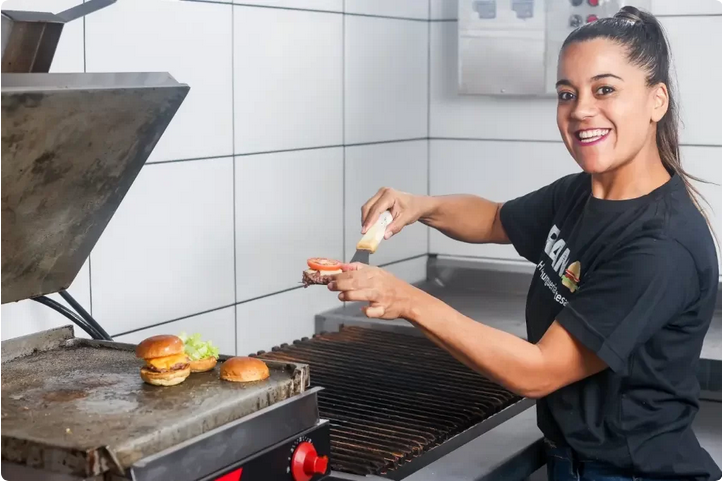 From December 2019 to August 2022, the number of female microentrepreneurs (MEIs) working in the hamburger segment in SP grew 45.7%… 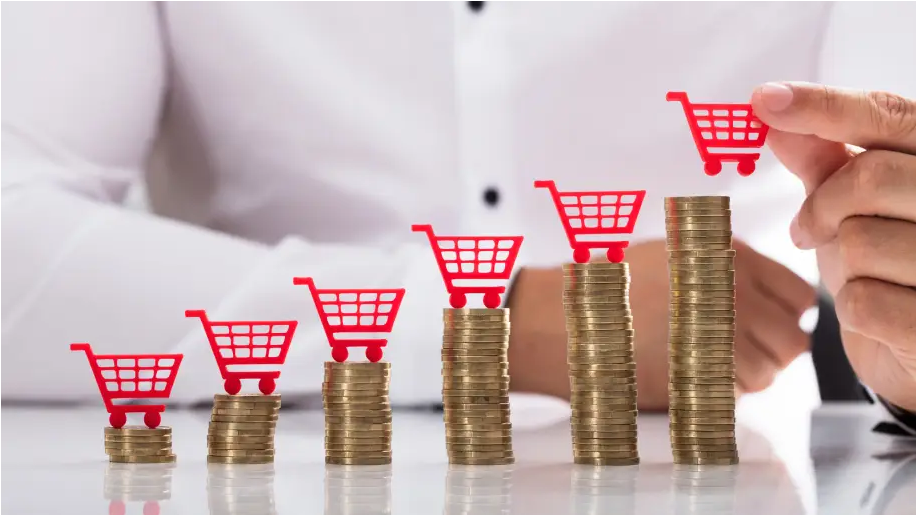 Inflation in Latin America converges to focus on solely…