Coletando, a fintech that operates with recycling in peripheral communities, received a contribution of R$ 10 million. The money came from Smartie, the Solví Group’s venture capital fund created in 2020, and will be used to expand and accelerate the services offered by the company.

In addition to the financial contribution, the negotiation includes support from Solví with mentorship from specialists and group leaders, access to the technological structure, market experience and client portfolio.

“We chose Coletando because it is a startup with a scalable business model and principles aligned with sustainability that are fully in line with Solví’s values, as it is a company that promotes the circular economy and generates several positive environmental and social impacts,” he says. Ariane Mayer, head of open innovation and sustainability at Grupo Solví.

Since launching Smartie, fintech is the first to receive investment. The others selected within the challenge created by the fund were hired to offer their services to the company

Coletando operates with a model that combines sustainability with income generation and social inclusion. It was born in 2008 when Saulo Ricci decided to leave his 15-year career as a technology professional, his training area, to undertake. The motivation was the birth of the daughter and the ambition: to do something good for the world.

What is the connection to the periphery

Raised in Cidade d’Abril, a peripheral region of São Paulo near Jaraguá, Ricci grew up watching her mother make the collection of recyclable material an extra source of income to help around the house. When he decided to undertake and generate an impact, recycling was what spoke loudest.

To structure a business model, he went to Rio de Janeiro, the birthplace of part of the family, to get to know more closely the reality of local cooperatives, the challenge of collecting in the communities, and the day to day of those who pull carts around the city .

In 2009, the business started to move forward and, in partnership with Rio de Janeiro concessionaires, implemented the first project with discounts on the electricity bill, based on the delivery of recycled material at ecopoints in communities, territories where energy companies wanted to strengthen points of contact and communication with residents.

The format was worked on for a few years, but residents complained about the lack of freedom in the use of money. The turning point in the business came in 2020, when Coletando became a fintech, with the hiring of a bank as a service. The advancement of financial technologies allowed the company to put into practice the desire cultivated since 2016.

The reformulation, with the creation of a digital account and credit card, gave freedom of use to professional collectors and other residents of communities who recycle materials and take them to Coletando spaces. With the account, they can:

In addition, the startup started to offer microcredit and, with the contribution, the objective is to expand the offer of services in the app, adding more affordable health and dental plans.

Currently, Coletando has 12 ecopoints, spaces that are managed by cooperatives or by individuals.

Called “franchisees” by Ricci, these people or entities are selected based on internal criteria and partner NGOs and become small entrepreneurs. Once chosen, they undergo training on recycling and the entire system that moves the ecopoint.

“The entrepreneur becomes a multiplier of environmental awareness. He goes to schools in the region and does environmental education work, teaching them how to separate materials. It’s really cool to see people entering this new world shy, vulnerable and afraid, and then they become empowered and have the authority to talk about recycling, environmental education and social inclusion”, says Ricci.

Of the amount transacted per month, entrepreneurs pay a 15% commission to Coletando. In general, the monthly income of entrepreneurs is above R$ 2,000 and, in some cases, exceeds R$ 6,000. Monthly, the ecopoints move about 100 tons.

The creation of ecopoints, with an estimated value of R$ 150 thousand, is financed by Coletando’s customers, including:

“They buy ecopoints to benefit a cooperative or an informal entrepreneur who works in the community. And our job is to install ecopoints, train the cooperatives or pickers of the social franchise so that they can generate income for them as entrepreneurs and for those who are delivering the materials, ”she says.

As a return, discarded materials are sent to customers, depending on each one’s business environment. Ambev, for example, is with the glass, and Tetra Pak with the long-life packages.

In addition, the collected volumes are included in the companies’ ESG indicators and in the National Solid Waste Policy, which provides for shared responsibility between companies and public entities in the care of waste.

What are the next steps for the startup?

Today Coletando is present in:

With the contribution of the Solví Group, Coletando is preparing to expand its geographic operations to the following states:

Another frontier is to start taking the model to other areas. The startup is in advanced conversations with city halls to implement the system and also with retail chains and condominiums.

“We understand that the model fits everyone. We need to have more ecopoints so that everyone has adequate disposal sites,” she says. Ricci’s founding partner is his wife Nayane Silva, and Thayanne Ferreira is a partner and CHRO. 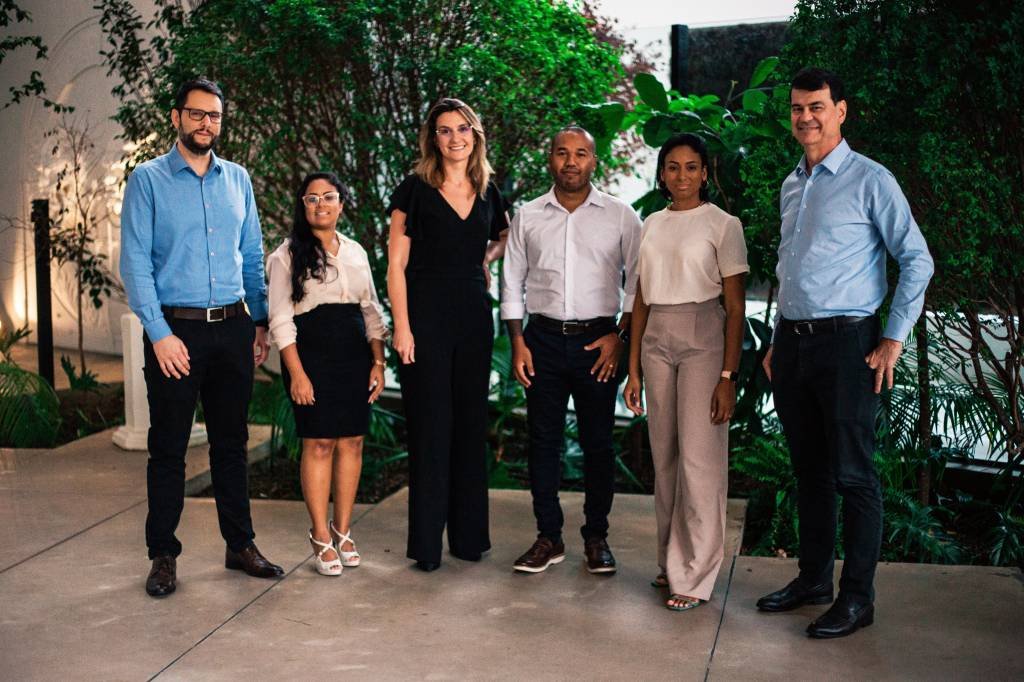 In the projection of the founding partner for 2023, Coletando should accelerate the pace of implantation of ecopoints and put another 40 on the street.

This stronger expansion would contribute to more than double revenues in 2023, forecast at BRL 7 million. In 2022, the numbers should close at R$ 2.5 million.

Riachuelo is searching for a pair