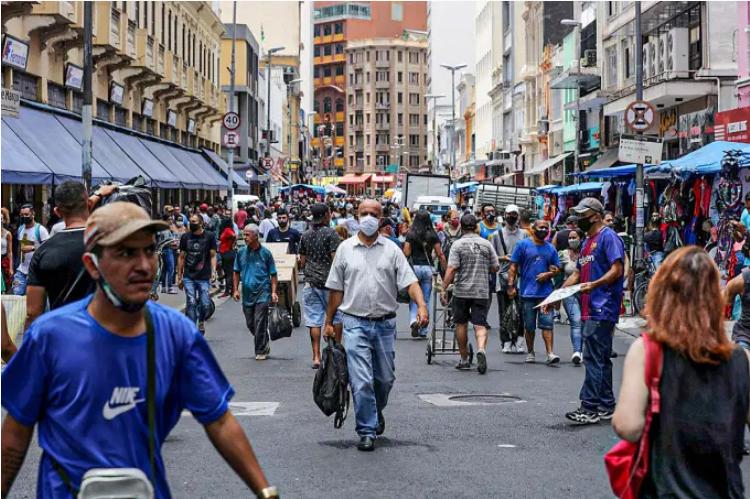 In comparison with July 2021, the economy grew 3.1%, while in the moving quarter ended in July, the expansion was 3.3%

Economic activity grew 0.6% in July, compared to June, according to the GDP Monitor (Gross Domestic Product, sum of all goods and services produced in the country), calculated by Fundação Getulio Vargas (FGV) and released today, 19.

In the opinion of the research coordinator, Juliana Trece, GDP growth in July reflected, on the supply side, the positive performance of industry and the service sector. “Services are really pulling the economy. But when we look at the demand side, consumption is even more imposing; in fact, the consumption of services”, Juliana told Brazil Agency.

However, there is still a pent-up demand, he stressed. These data indicate that the performance of the economy in July was mainly explained by consumption, a pattern that has been observed throughout the year.

Juliana recalled that, in the second half, the beginning of a deceleration in this consumption was already expected, but the July number indicates that the economy is still being heated by this part of services.

“We don’t know when this will slow down. We expect a deceleration, because of the high interest rate, but the July number has not yet shown this expectation coming true”.

According to the FGV economist, the expectation is that this deceleration will occur sometime in the second half of the year and, even stronger, in 2023. “This year, we can feel this deceleration. But for now, the numbers are not showing that.”

The PIB-FGV Monitor shows that the household consumption grew 0.5% in July compared to the previous month. In the interannual comparison, there was expansion of 3.6% in July. In the moving quarter ended in July, the evolution was 4.3%.

In relation to gross fixed capital formation (GFCF), which signals the expansion of the economy’s productive capacity, the Monitor indicates that after five quarters of growth, it retracted in July (-0.8%), compared to June.

In the inter-annual comparison, the retraction was 0.7% in July, while in the moving quarter ended in July, there was an increase of 2.3%. In this comparison, the machinery and equipment component was the only one to present a decrease (-0.5%).

Despite this retraction, the Monitor highlights that since the moving quarter ended in February, the declines in machinery and equipment have been smaller than those observed in the previous moving quarters.

THE export of goods and services increased 1.6% in July, compared to the previous month. In the inter-annual comparison, growth of 4.7% was recorded in July, with a retraction of 0.7% in the moving quarter ended in July.

The biggest contributions to this result were the drops in exports of agricultural products and mineral extraction, although there was growth in exports of services, intermediate goods, capital and consumer goods, explained Juliana.

“As much as there has been growth in other segments, the export of these specific agricultural and extractive groups contributed more to this negative number. It ended up being negative in this aggregate, accounting for what it lost and what it gained, highlighting these falls”, said the economist. She drew attention, however, that in May, the falls of these two groups (agricultural and mineral extraction) were more accentuated than in July.

Imports of goods and services grew by 3.4% in July compared to June. In the interannual comparison, it grew 12.3% in July and 4.6% in the moving quarter ended in July. According to the GDP-FGV Monitor, imports of capital goods and, mainly, services, explain the positive result of imports.

Gasoline cylinder turns into dearer after worth lower…