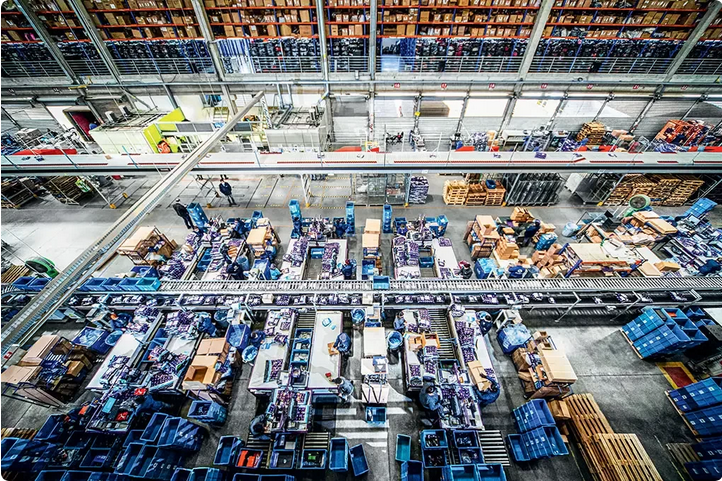 One in four products sold in Brazilian e-commerce leaves a distribution center extreme cityin Minas Gerais. In recent years, the municipality has become an exponent for the logistics sector and has attracted hundreds of companies. Behind this power of attraction is the combination of geographical position – a mere 100 km from the capital of São Paulo, the main economic center in the country – with a more favorable state tax: the tax rate. Tax on Circulation of Goods and Services (ICMS) is at least 50% lower than in São Paulo for interstate sales.

During the pandemic period, e-commerce in Brazil took a leap, which made companies invest in their distribution centers in Extrema. Faced with this scenario, the city saw its population grow, which today is already reflected in a real estate crisis, given the increase in demand for houses, apartments and even vacancies in hotels for workers who want to settle in the municipality.

Data from the Brazilian Institute of Geography and Statistics (IBGE) indicate that the municipality had, in 2021, 37 thousand inhabitants. However, a survey carried out by the prefecture of Extrema mapped approximately 53 thousand residents in the city, which represents a population growth of 43% in two years. The information was compiled by the Municipal Health Department to understand the amount of covid-19 vaccines that would be applied.

In addition to the exponential growth in the number of residents, the city still receives around 10,000 floating workers daily, that is, people who work in local distribution centers, but live in nearby municipalities. “Companies have a charter bus scheme that takes them to neighboring cities, such as Itapeva, Pouso Alegre and Bragança Paulista. There are people who come here every day from São Paulo”, reports the economic development manager of Extrema, Mônica Vieira.

Today, the municipality of Minas Gerais has 6,000 registered CNPJs, of which 300 are from the industrial sector. “In the beginning, we knocked on companies’ doors, inviting them to settle in Extrema. Now, they are the ones who come to us to set up businesses here,” he recalls.

With the arrival of companies and new residents, finding a place to live in Extrema became a difficult task. Real estate owner Ricardo Di Lorenzo says that the demand for real estate has been growing. He reports that it is already almost impossible to find options for rent and sale in the most coveted areas of the city. “There is no house in the city to offer to clients”, he says.

To try to meet the demand, Extrema has been talking to construction companies with the aim of attracting real estate projects. In 2021, the companies HM Engenharia and BRZ Ventures announced an investment of BRL 400 million for the construction of 1,300 residential units. In addition, the municipality has already approved the construction of another 3,000 residential lots. According to local businessmen heard by the report, the housing deficit varies between 15,000 and 20,000 units.

The growth in demand for warehouses for distribution centers, a movement that intensified at the beginning of the pandemic, does not seem to be over. As found out by Estadão, the next giant to open a distribution center in the city is the Italian sports products brand Fila. For now, despite having hit the hammer, the company still does not have a date for the opening of the local operation.

Those who pass through the city see, in addition to the Minas Gerais scenery of mountains, several works in progress for future industrial sheds. The president of Fulwood Condomínios Logísticos, Gilson Schilis, explains that the most sought after model by companies are the so-called “big boxes” – land with more than 50 thousand square meters. “We are finishing a 100,000-meter work in 2022. For next year, we already have another 210,000-square-meter project, which will house the operation of a multinational company.”

All these investments have a positive impact on the job market. Data from the General Register of Employed and Unemployed (Caged) indicate that, in the last year, more than 4,500 jobs were created in Extrema, the best performance in the state. With most of these opportunities in the logistics sector, companies that are already installed in the municipality need to make an effort to retain employees who have been harassed by competitors.

This is the case of the loss prevention and loss manager at Mercado Livre, Ariana Ribeiro. After working for 12 years at a national online sporting goods store, the employee received an offer from the Argentine e-commerce giant. “With this market heating up in the pandemic, companies needed to improve salaries and benefits to compete with competitors. So I decided to change jobs.”

For Ricardo Taborda, a partner at 7D – a company specialized in logistics solutions -, the low availability of properties and land for the construction of warehouses can affect the decision of companies to choose the municipality of Minas Gerais as their new logistics address. “Extrema is the best place we have today, but anything that changes in relation to these two points can detract from the attraction of the city in the eyes of investors”, he says.

In Taborda’s view, the city is going through a decisive moment in its consolidation as a national hub of distribution centers – and it will need to offer labor and also structure for those who arrive in the municipality. “It’s a window of opportunity that Extrema has. When the tax reform takes place, they may not be so attractive from a fiscal point of view, so it is time to invest for the city to grow and become desirable even after the end of the incentives”, he evaluates.

How Amazon Escaped the Retail Disaster

Ecommerce helps enterprise to earn, however calls for its…

When creating a website, an entrepreneur has to manage the platform, payment services and inventory Small companies that adhere to online…

The Submarino kiosks will have an initial investment of around R$ 120,000 the retailer Americans announced that the Submarinee-commerce focused on…