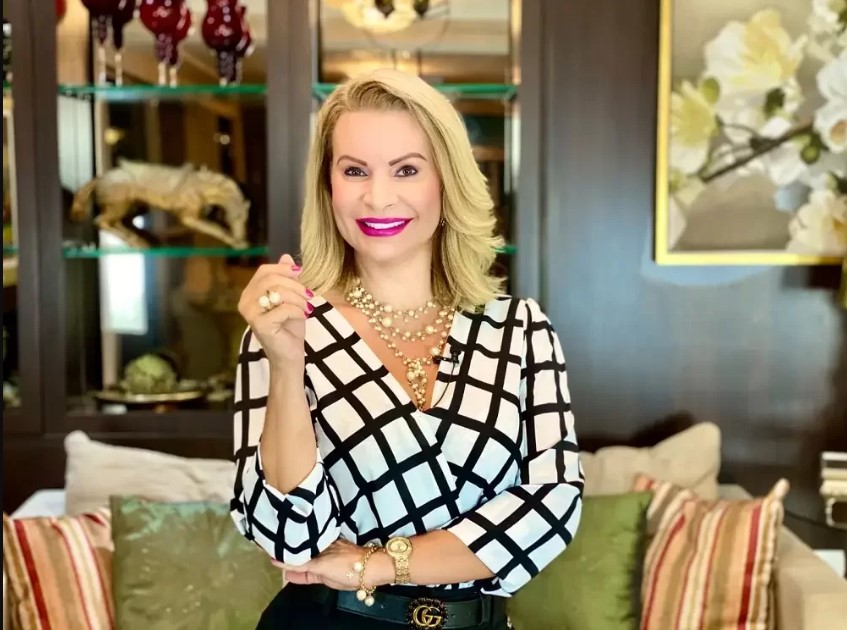 Discover the trajectory of entrepreneur Marta Gondim from Paraíba

the entrepreneur Marta Gondim lived until the age of 12 in a house without electricity in the city of Areia, in the interior of Paraíba. Today, she runs the organization The Life I Dreampresent in 35 countries and who earned R$ 100 million in the last year.

In addition, the businesswoman works as a consultant in the areas of entrepreneurship, behavioral transformation and leadership, and has already served more than 30,000 students.

Marta Gondim is also an example of brazilian entrepreneur who started from scratch and created his own business in direct sales market.

who is the entrepreneur

Gondim graduated in Dentistry at a university in Campina Grande and traveled about an hour every day to college. In childhood and adolescence, she faced financial difficulties with your family.

“Almost everything we asked our parents could not provide, but they insisted on putting me in a private school run by nuns. I was the poorest girl in the class, and I understood that to belong to that environment I would need to study, knowledge and try much harder than the others”, she says.

Even though she graduated, Gondim couldn’t get out of the red. She “she worked seven days a week and was still having financial problems. She spent a lot on materials and met many agreements, so most of the payment was with the company,” she explains.

how it was created the business

Disillusioned with her career, Gondim began to look for alternatives. The solution came in the most unexpected way. On a trip to a Dentistry course in Rio de Janeiro, whose plane ticket was paid for with money borrowed from her sister, she met her ex-husband, who introduced her to the direct sales.

“Every month I would get an overdraft for around R$500, and at the meeting about this business, people said that it was possible to withdraw just that amount. So I borrowed money and invested in the first products. Offered to patients in the office and to friends. He earned between R$2,000 and R$2,500 as a dentist, and in four months he was earning more from sales than from dentistry. So I made some decisions that led me to grow even more,” he reveals.

At the end of the 1990s, the entrepreneur started to promote wellness and nutrition products and turned to pamphlets as a way to expand the scale of sales.

“I distributed a thousand pamphlets on the streets and made door-to-door visits. In this way, I learned in practice how to sell, how to behave and how to dress to get attention and credibility,” she says.

Which is The Life I Dream

Founded in 1992, A Vida que Sonho is one of the largest direct sales and marketing do Brasil, which sells products from nutrition and welfare for the final consumer, in addition to training people who want to work in the area.

“When I started, direct sales was a new environment for me and, like most beginners, I lacked a little confidence to make clients, but with the help of mentors, training and practice, I was overcoming the challenges and acquired knowledge”, says the entrepreneur.

“With this knowledge, I trained and developed people, who fell in love with direct sales and many transformed their lives completely through multilevel marketing, making this distribution channel reach 35 countries. Today, more than 4 thousand people are part of A Vida que Sonho”, he adds.

In addition, the institution also helps in the formatting of the business model with gourmet spaces that meet the demand of the healthy food market. These environments, in addition to selling nutrition and wellness products, offer healthy foods prepared using these products.

Today, in Brazil alone, there are more than 380 spaces that are part of the A Vida que Sonho team. For next year the goal is to conquer another 100 units.

Greater than 1 million individuals have died from…

Monetary market indicators for the week of 08/29