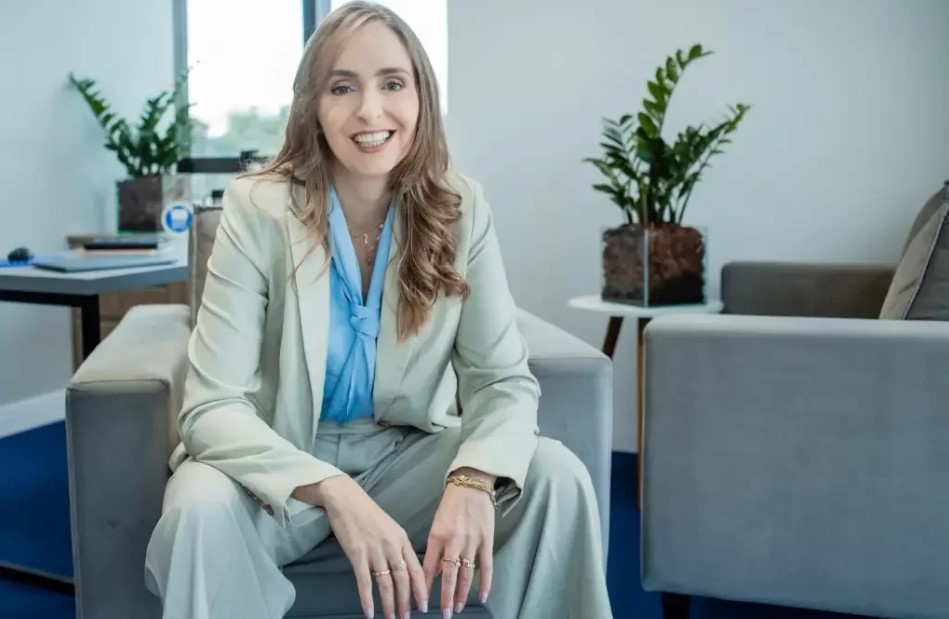 Enthusiastic about IT, she based a tech startup that teaches firms the “beabá” of LGPD

Aline Deparis is founder and CEO of Privacy Tools, a startup that helps companies adapt to the LGPD

THE Privacy Tools is a genuinely Brazilian platform dedicated to data protection personal. The startup, the first privacy tech in the country (a term that describes companies that apply technology for the privacy of information), was born to test the ability of companies to securely manage data and information about their customers — a tonic that has even gained more relevance with the entry into force of the General Data Protection Law (GDPR).

Behind the business is the entrepreneur from Rio Grande do Sul Aline Deparis, founder and CEO of the company. In addition to leadership in the startup, her passion and talent in technology also led her to occupy important positions in the country’s technological universe, such as president of the Association of Brazilian Information Technology Companies of Rio Grande do Sul (Assespro-RS) and Council of State IT Entities (CETI-RS).

Born in Viadutos, a city in Rio Grande do Sul with just over 4,000 inhabitants, Deparis began her professional life at an early age, helping her father in the management of two rural properties producing soybeans and oranges.

Despite her inclination towards agriculture, she decided to follow a different path: she graduated in administration and soon migrated to the area of ​​technology, where she actually found the aptitude to be an entrepreneur.

His first foray into entrepreneurial life was in 2009, the year he founded the first technological business in search of support from the research and project incentive program Finep and PUC in Rio Grande do Sul. With an eye on the 120,000 reais purse, she and a colleague founded the startup Maven Inventing Solutionsspecialized in digital publishing of content with software that facilitated the reading of online newspapers and magazines.

The successful venture inspired the executive to found, years later, a branding company based on blockchain. The new venture, however, did not work out very well. According to the entrepreneur, the main impediment for the business to take off was Brazil’s inexperience with the subject – which has already been more intensively explored by other economies in the world.

Behind closed doors, the deal ended up serving as a stimulus for her to seek new trends and business opportunities, but this time, with a greater chance of getting started in Brazil. From the idea, in 2019, Privacy Tools was born, a platform that facilitates the adaptation of companies to the LGPD with the help of technologies such as blockchain and artificial intelligence.

“We spent a year testing the viability of this innovation in Brazil and we saw that it was time”, says the entrepreneur. “After the approval of the LGPD, the business took off. “Today, companies know that taking care of data is a matter of survival, there is no longer that convincing process. Growth has happened naturally.”

The company’s intention is to swim arm’s length in a market that is still little explored, but that grows as companies are pressured to adapt to new legislation: data protection.

The efforts of the first few years have already paid off: in the last year, Privacy Tools has multiplied by six, and today it serves a portfolio of more than 600 clients, from small companies to large corporations listed on the Stock Exchange.

The thousandth of Bossanova

In March of this year, Privacy Tools became the 1,000th company invested in by Bossanova, a Brazilian micro venture capital. The title came after a round of BRL 2 million, which also had the participation of the manager Domo.

“It was a milestone not only for Bossanova, but also for us. It is a great joy to be the thousandth company,” she says.

Today, in addition to dedicating part of the time and efforts to the company’s growth — the intention is to quadruple revenues in 2022 — Deparis also intends to expand its collaboration with the country’s technology ecosystem and startups mentoring women who want to pursue a career in technology. “For the future, I want to position Privacy Tools as the biggest and best Brazilian data protection platform, and mobilizing the entire ecosystem is an important part of that,” she says.

Brazilian banks must measure the influence of local…

The fintech superapps revolution for small and medium…