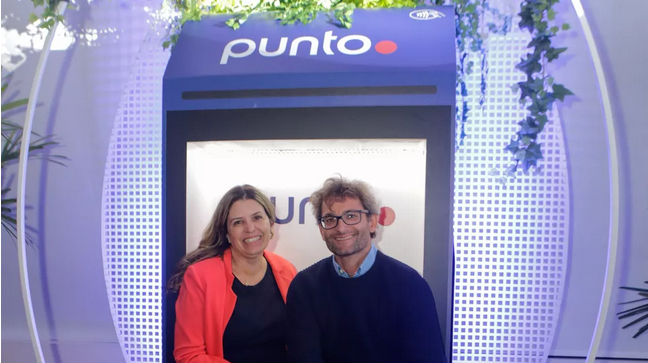 Edenred, owner of Ticket, enters the machine market in Brazil

Company is launching Punto, after a year of pilot project with 6 thousand tenants

The French Edenred knows the card market – and its users – well in Brazil. It owns Ticket, one of the pioneers in replacing paper vouchers with food stamps, which has been operating in the country since the 1970s, and other corporate benefits that it has developed in the meantime. But, until now, their cards were passed through third-party machines. Punto wants to change that.

A year ago, the company started an acquiring pilot in Brazil, of considerable size – there are 6,000 shopkeepers using the machine, which now becomes an official Edenred business.

“For some years now, the group has been thinking about complementary businesses to what it already has, to improve our ecosystem of products and services with the shops”, says Emmanuel Guinet, general director of Punto Latam, to Pipeline. “We bought a company in Mexico years ago, but it took time to show the relevance of being both acquirers and issuers.”

In Mexico, the machines are at all stations that accept Edenred fuel supply benefit cards. In Brazil, the proposal is similar. Punto wants to be the little machine for the 500,000 establishments that accept its cards in the country, including restaurants, markets, workshops, gas stations. With an open arrangement, the machine also accepts Visa, Master and Elo.

To run the business, Edenred selected Cristiane Nogueira as managing director of Punto Brasil. The executive was product director at SafraPay and VP of business and commercial at Getnet. What has already been defined by Edenred, in a market that became known as “the war of the little machines”, due to the pressure to differentiate itself by price, is that Punto will not compete with the final figure.

“We are not entering into acquisitions to have a price war, but with the proposal of being the best offer in a single machine and one more option for the shopkeeper”, says Cristiane. According to Guinet, Punto wants to be competitive, but that doesn’t mean it will be the cheapest (the company hasn’t opened rates).

In difficult times for operators like Stone and PagSeguro, the executive argues that the market continues to grow. Last year, card transactions in Brazil increased 33%, moving R$2.65 trillion, according to Abecs. In the first quarter of this year, the increase was 36%.

In the pilot, the company tested its technology and the practicality of the machine, with adjustments according to customer demand – such as a larger screen and sound on the keys. “We invested in technology, in machine connectivity, to be a fast system, which does not create a queue at establishments. It is android, which makes it possible to board several other solutions such as Pix reading, QR code, wallet”, says Cristiane, citing the possible possibility of payments in cryptocurrencies in the future.

The anticipation of receivables for establishments started from the pilot project, with credit lines with financial partners. Edenred operates in 45 countries, but the acquisition is only in Mexico and Brazil, for now. Here, it also operates the Ticket Log, Repom and Edenred Pay brands.