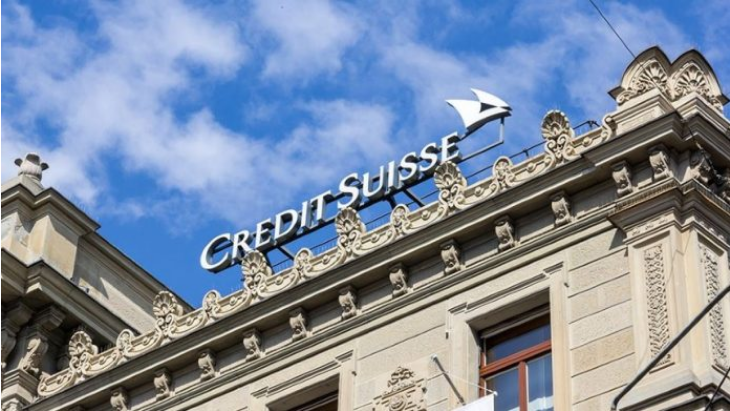 Experiencing one of the most critical moments in its 166-year history, to the point of having its solvency questioned in the market, Credit Suisse announced this Thursday, October 27th, a series of measures to try to restore its credibility, aiming to make the lightest and most efficient entity, as well as correcting past mistakes.

“We disappoint our stakeholders for a long time and we are determined to deal with the issues once and for all,” Ulrich Körner, CEO of Credit Suisse, told a news conference. “We want a simpler, more stable bank, with the different lines of business more focused, meeting the needs of customers.”

One of the Swiss bank’s points involves adjusting its regulatory obligations in terms of capital, raising around 4 billion Swiss francs ($4.05 billion) via the issuance of new shares.

The National Bank of Saudi Arabia is one of the institutions that intends to participate in the operation, having committed to invest around 1.5 billion Swiss francs (US$ 1.52 billion).

If the operation is approved by the shareholders of Credit Suisse, at a meeting scheduled for November 23, the Saudi institution will have a 9.9% stake in the capital stock of Credit Suisse.

Along with the financial strengthening, Credit Suisse announced structural measures, which include the spin-off of its investment bank and cost reduction, which will result in the departure of 9,000 people in three years.

In the case of the reduction in the number of employees, currently at 52 thousand, the bank intends to cut 2.7 thousand people around the world by the end of this year. Körner did not reveal how the cuts will be distributed among the areas and 50 countries in which Credit Suisse operates.

Regarding the regions, there was no mention of the possibility of closing units, with the chairman of the board of directors, Axel Lehmann, stating that the Asian, Middle Eastern and Latin American markets are “extremely important” for the bank’s future. .

On the investment bank’s part, Credit Suisse said that the main objective of the restructuring is to reduce its exposure to risky assets, one of the factors that led the bank to be in a delicate position. The idea is to reduce the so-called RWA (Risk-Weighted Assets) by around 40% by 2025.

For this, the plan foresees that the consulting and capital markets businesses will be transferred to a new company, called CS First Boston, with the possibility of including new investors.

Credit Suisse also announced that it will sell a relevant share of the securitized products area to two of the largest managers in the world, Apollo Global Management and Pimco.

The investment bank is one of the epicenters of Credit Suisse’s current momentum, accounting for billions in losses in the wake of the financial collapses of family office Archegos Capital Management and British asset manager Greensil Capital, which came to a head in 2021. “For a long time, the investment bank did not create value for our shareholders,” said Körner.

The problems were reflected in the third quarter results, released in parallel with the restructuring plan. In the period, Credit Suisse recorded a loss of 4 billion Swiss francs (US$ 4.1 billion), reversing the profit recorded in the same period of 2021.

This was the fourth consecutive quarter that the bank recorded losses, recording revenue declines with the investment banking and wealth management area.

And the expectation is that the restructuring will weigh on Credit Suisse’s results for a while longer. An accounting impact of 2.9 billion Swiss francs ($2.94 billion) is expected between the fourth quarter of this year and the end of 2024.

Sebrae says that the World Cup has not…