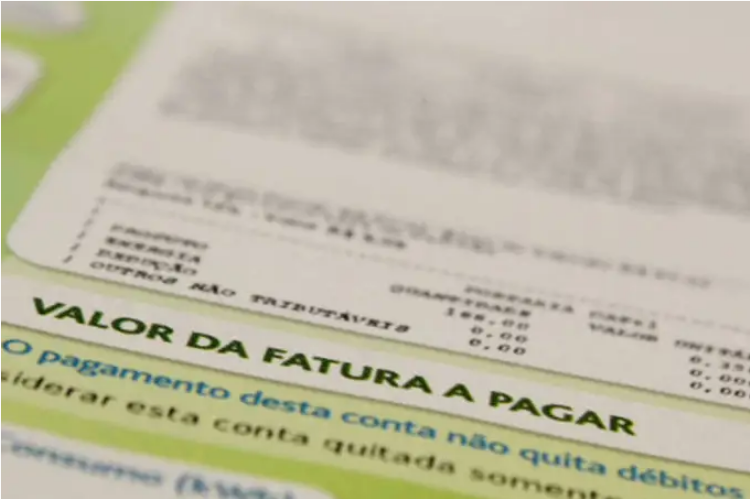 ‘Puxadinhos’ created by Congress and the government to benefit lobbies explain the jump in the tariff, which also has a snowball effect

The limitation of ICMS on energy, approved by the Senate this Monday (13), will not stop the rise in the electricity bill while the government and Congress insist on passing on to the tariff the high costs of “puxadinhos” that serve private groups and political interests. , say experts.

“There are two structural factors that act as the backbone of the increase in energy tariffs, taxes and benefits”, says Ângela Gomes, consultant for strategic matters at PSR, a company that is a reference in technology for the energy sector.

“Congress and governments use the electricity bill to hide public policy inefficiencies and cater to private lobbies, benefiting interest groups, because it is very difficult for Dona Maria to see what they put there and be able to complain.”

It is possible to see that taxes weigh more on the tariff, representing 32% of the total, considering tariffs until April this year. The highlight goes to ICMS, with a weight of 30 percentage points in the total.

The increase, however, is driven by charges, as energy subsidies are called. They are concentrated in the CDE (Energy Development Account). The growth of these items has been going on for a few years, but has been accentuated recently due to lobbying.

“The value of the electricity bill has been jumping mainly because of the benefits that Congress and the government grant to different private sectors, and which could never have been transferred to the consumer via tariff”, says Ricardo Lima, energy sector consultant. with 42 years of experience in entities and companies in the sector.

Technicians heard by the report say that there are several examples that illustrate this dynamic.

Contrary to the global trend, for example, Brazilian parliamentarians have extended the validity period of subsidies for coal-fired thermal plants, a fuel that is being banned due to its negative impact on climate change. This year, it costs R$ 907 million in the electricity bill, 21% more than last year

Irrigation on properties that plant and export crops such as soybeans and corn costs consumers another R$1.3 billion this year. ​Energy experts say it makes no sense for something like this to be paid on the electricity bill.

Renewable energy parks are profitable and established businesses that no longer need subsidies, according to experts in the energy sector. But these projects, many maintained in partnership with the largest industries in the country, still have a transmission subsidy, which in 2022 will cost R$ 5.7 billion for those who pay the energy tariff.

Discounts for distributed generation, solar projects that can be discounted from the energy tariff, even mobilized President Jair Bolsonaro (PL). According to him, one cannot “tax the sun”.

In the absence of a fee, discounts on these projects, used mainly by banks, shopping malls, supermarket chains and middle and high-income families, are included in the tariff and are shared with everyone who turns on a switch at home. This year, they will raise the energy tariff by R$ 5 billion, according to a PSR projection.

“The sector currently has a serious governance problem”, says Edvaldo Santana, former director of Aneel (National Electric Energy Agency). “Someone asks, and the deputy includes an amendment that creates or extends a subsidy, a function deviation that has become one of the main causes for the increase in the energy tariff.”

The item that grew the most, and currently weighs the most within the CDE, is the expense to maintain generators and thermal plants powered by fossil fuel in distant locations, especially in states in the Amazon region, not yet connected to the electrical system. The item is called CCC (Fuel Consumption Account).

This year, there are R$ 12 billion in fuel for generators, 37% of the entire CDE, in expenses with polluting sources, paid by Brazilians in the energy bill.

The purchase and use of fossil fuels in these areas moves a wide chain of economic interests, which includes not only the sale, but also the transport and even the taxation of ICMS – which, paradoxically, makes the energy transition to clean sources much slower. right in the tropical forest area.

There is already a consensus in the energy area that the first step to stop the escalation of costs in the electricity bill is to withdraw these subsidies and transfer them to the National Treasury, since they are public policy choices.

“Withdrawn from the electricity bill, these subsidies would still need to be discussed within a rationale that would give support to those who need it and not just meet specific political pressures”, says Anton Schwyter, coordinator of the Energy and Sustainability Program at Idec (Brazilian Institute of Consumer defense).

An aggravating factor for the high energy tariff in 2022 was the overlapping of costs generated by eventual crises, and the way they are being passed on to the consumer.

First, the pandemic hit, which changed energy consumption and imposed losses on distributors. Then came the worst drought in 90 years, reducing the water in the hydroelectric reservoirs, leading to the activation and hiring of expensive thermal plants.

An additional cost of almost R$ 80 billion was generated in the future for the electricity bill, but it was pushed forward. Transfers are now equally heavy. Experts warn that a kind of snowball of readjustments is underway, with unpredictable effects.

Of the total, R$ 14.8 billion came first from the Covid Account, a relief loan to distributors to cover costs with generation, transmission and charges, which were not covered with the market downturn during the pandemic, in 2020 and 2021. The account will be paid on the electricity bill from 2022 to 2025.

Last year, the drought brought the heaviest bill. There were BRL 23 billion in extra costs with the tariff flag during the water crisis, debited from the energy bill from September 2021 to April 2022.

This year, expenses of R$ 5 billion were contracted, via loan, to cover the remaining losses not covered by the tariff flag, to be paid in five years from 2023.

Finally, came the R$ 39 billion contracted with the thermal plants of the PCS (Simplified Competitive Procedure). These new projects must operate to save water from dams from May 1, 2022 to December 31, 2025.

Part of the tariff increases that currently cause debate reflects the impact of these past expenses that began to be processed in the electricity bill.

Enel Ceará’s 24.88% increase in May, which caused indignation among federal deputies, is an example. According to data released by Aneel itself, 11 percentage points, almost half, are values ​​that should have been included in the account last year, but were postponed to 2022.

The readjustment of the mining company Cemig, which has already been postponed twice by Aneel, is another case. The high of the state-owned company would also have exceeded 20%, and even the distributor prefers to wait for palliative measures to avoid a lower tariff. Cemig also had part of the readjustment played for this year.

Government and Congress seek to alleviate the blow in this election year. A bill by Senator Fábio Garcia (União Brasil-MT) had an accelerated process to release R$ 60 billion in tax credits that can be used to abate the readjustments.

Another emergency resource that is already in everyone’s account is the transfer of R$ 5 billion that Eletrobras will make, after privatization, to the CDE later this year.

Experts praise the short-term solutions, but warn of the need to think beyond.

“It is important to see that Congress is now interested in the debate on electricity costs, and is looking for alternatives to reduce it, but it is blurred”, says Paulo Pedrosa, president of Abrace (Association of Large Industrial Energy Consumers and books).

“But the discussions are around palliative solutions, when the focus should be on promoting a structural change, which takes away from the electricity bill what should not be there. A good initiative is bill 414, which advances, changing the metabolism of inefficiencies in the sector.”

The establishment of a ceiling for the ICMS of the states on the electricity bill between 17% and 18% was the most incisive attempt by the government and Congress to change tariff costs in an election year. The measure was included in the PL (Bill) that deals with fuels, whose basic text was approved this Monday (13) in the Senate.

Services sector rose 0.2% in April, according to…

BC to issue new warning on fiscal risk…

Russell defended the Boston Celtics’ colors during his 13 seasons in the NBA; he is considered the most victorious athlete in…

Experts point out the achievements and gaps of the…

With the vote possibly postponed to the second semester in the Chamber of Deputies, the Bill (PL) 4401/2021, authored by federal…

Only 46% of the soybean crop has been sold, up from 57% at the same stage last year. At Argentina, the…