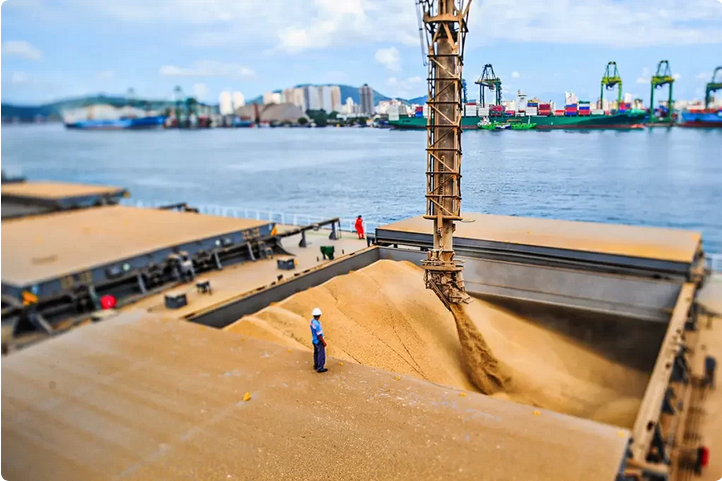 The current crop is the largest ever produced

Brazilian grain production is expected to reach 272.5 million tons in the 2021/22 cycle, which corresponds to an increase of 67% compared to the previous period, or 17 million tons more. This is what the 10th survey of the National Supply Company (Conab)released this Thursday, 7.

“The current harvest, although it has gone through adverse weather conditions in some producing regions, mainly in the states of the Southern Region, is the largest ever produced. Compared to the previous estimate, there is an increase of 0.4%, or 1.22 million tons, due to gains in corn and wheat,” the state-owned company said in the bulletin.

According to Conab, with about 60% of the 2nd harvest corn maturing and 28% harvested, the total production of the cereal is estimated at 115.6 million tons, a volume 32.8% higher than the previous cycle. Only in the 2nd crop of the crop the increase reaches 45.6% of production, reaching close to 88.4 million tons. “If the result is confirmed, this will be the highest production of 2nd harvest corn recorded in the entire historical series. However, it is necessary to emphasize that, even with an advanced stage of the crop, about 19% of the 2nd corn crops are still under the influence of the weather”, comments Conab.

Driven by the growth of corn, sorghum is another grain that tends to register a record in production, with a harvest estimated by the state company at more than 3 million tons. The product is used in the preparation of animal feed, mainly chicken, and has the advantage of being more resistant to drought. The states with the highest growth rates are Mato Grosso do Sul, Piauí and Bahia, with increases of 362.6%, 227.2% and 98%, respectively.

In the case of beans, total production is estimated at 3.1 million tons. Highlight for the cultivation of the second crop of the legume, which should register an increase of 26% in relation to the last cycle, going from 1.1 million tons to 1.4 million tons. The recovery is explained by the good weather conditions recorded compared to the 2020/21 crop year.

Rice and soybean crops were impacted by the drought in the south of the country and in part of Mato Grosso do Sul. According to the Company, the production of the oilseed is 124 million tons (-10.2%), while the estimated harvest for rice is 10.8 million tons (-8.2%).

In winter crops, wheat stands out. According to Conab’s estimate, production should also reach a new record, reaching 9 million tons. With this volume, the growth in the wheat harvest reaches 75% compared to the 2019 harvest, when a production of 5.1 million tons was recorded. The better performance of the winter cereal boosts the production growth of the other cultivated crops.

The drama of the American basketball star arrested…