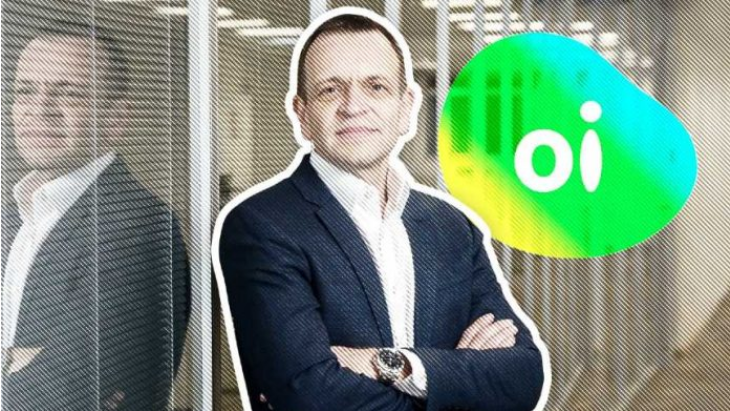 Close to the end of judicial recovery, Oi seeks 8 million fiber customers by 2025

When he took charge of Oi, in the second half of 2019, the executive Rodrigo Abreu warned the market. “I have a plan, but it will take time,” he said, in conversations with investors and creditors of the telephone company, which had been in judicial recovery since 2016, with debts of R$ 65 billion.

Almost three years later, Oi is close to exiting one of the largest judicial recoveries in the history of Brazil after a massive sale of assets that included the entire cell phone operation, fiber optic infrastructure, data centers and its tower division. In total, the divestments brought almost R$ 31 billion to its coffers.

Now, Oi begins a new phase in which it will test its new business model in the market, transforming itself into a fiber optic services and digital solutions company. And Abreu has a plan (again). “I want to be the largest fiber connectivity company in the country”, says Abreu, in an interview with NeoFeed. “And we were not born small: we have a revenue of approximately R$10 billion.”

The main plan is to double the number of fiber optic customers, currently around 4 million, to 8 million by 2025. At the beginning of last year, Oi had 2.7 million customers and, since Abreu took over the company, has been accelerating this offer as a way of getting ready for when all assets are sold.

Abreu’s account of reaching 8 million customers is simple. V.tal, the company now controlled by funds managed by BTG Pactual and which took over 400,000 kilometers of fiber optic infrastructure from Oi, has plans to reach 34 million homes passed with the technology by 2025. “We believe that we can conquer 25% of this universe with our customers”, says the CEO of Oi.

Oi, which holds a 35% stake in V.tal, will be the company’s main customer, leasing the new company’s infrastructure to provide fixed broadband services to its consumers. Currently, the company led by Abreu is already in second place in the fixed broadband ranking with fiber optic technology. It is second only to Vivo, which has 5 million customers, according to data from the consultancy Teleco. “We are going to fight for leadership”, says Abreu.

Vivo is not, however, the only rival in this sector. The great competitor in the optical fiber area are hundreds of small companies that are called competitive and are spread throughout Brazil in small and medium-sized municipalities. This group has almost 16 million customers, a market share of more than 60%.

Some of these companies are not so small, they have investors or have gone public and are gaining size to face this fight. This is the case of Alloha, from eB Capital, which has 1.3 million customers. Or Brisanet, listed on B3, which has 932 thousand consumers. Next come Algar, with 683,000; Desktop, 676 thousand; and Vero (da Vinci Partners), with 639 thousand.

Oi’s trump card, which was the capillarity of its fiber optic network, present in 2,300 cities, no longer exists. After all, V.tal is now positioned as a neutral network and will offer services to several competitors of the company commanded by Abreu. “V.tal will chase other customers. It cannot just depend on Oi”, says Eduardo Tude, president of Teleco. “If Oi has problems, what will she do?”

After the conclusion of the R$ 12.9 billion deal with Oi, V.tal announced Amos Genish, founder of GTV, ex-CEO of Vivo and Telecom Italia, as its CEO. In an interview with NeoFeed, he said the company already had more than 30 customers and was expected to announce 10 more soon. The executive also stated that the company was negotiating agreements with a retailer, a marketplace and a fintech, which want to offer broadband service to their customers. “New players want to be internet providers”, said Genish, at the time.

Fiber will not be the only pillar of the new Oi – although it should be the most important of them. Abreu says the company will expand by also offering a series of new digital services. “This is a vast territory that ranges from traditional services, such as financial ones, to health and education”, says Abreu. The model in which Oi intends to operate ranges from having its own services, through partnerships and may reach equity stakes in new companies.

An example of its own service is Oi Expert, which is already part of the company’s menu, and which provides technical assistance from broadband installation to other technology services. Another, which involves partnerships, is the one with PagSeguro and BTG Pactual, in which Oi’s connectivity services are offered in a commercial offer. Oi does not yet have any business in which it is a partner.

However, this is not something new. Rival telephone companies, such as Vivo and TIM, have already been operating in this way. TIM, for example, became a partner of bank C6, in a strategy that used its base to take customers to the digital bank in exchange for a stake – this relationship ended up in an Arbitration Chamber amid a fight for the termination of the contract . Vivo entered into a joint venture with Ânima in the area of ​​education.

Another arm will be the corporate area through Oi Soluções, a unit that integrates technology and telecommunications solutions from various suppliers for large companies and governments. These are services such as security, asset management, big data, analytics and cloud computing, among many others.

In an account in which he rounds off data, Abreu says that Oi Soluções should represent a slice of BRL 3 billion of the new Oi’s revenue. Services for small and medium-sized companies should move over R$ 1 billion. And the largest share of the company’s revenue will come from what the executive calls residential, such as fiber and content services, which will have up to R$ 6 billion.

In this new phase, the estimate is that the Ebitda margin will be around 20%, much lower than the 32.9% in the fourth quarter of last year. This drop is due to the fact that the company no longer has mobile telephony and has to pay for the use of the infrastructure for V.tal.

Abreu also says that the positive operating cash flow does not happen this year. “Only at the end of 2023 and beginning of 2024.” For Teleco’s Tude, Oi should work to have a positive cash flow as quickly as possible. “It can’t take long, otherwise the company will start getting into debt again”, says the consultant.

Does the past not forgive?

Despite being close to exiting judicial recovery, Oi still has a legacy to deal with. One of them is the debt with creditors, which will continue to be paid until 2025. In the fourth quarter of 2021, net debt was R$32.57 billion. But about R$ 12 billion should be slaughtered in the second quarter of this year, due to the resources of the divestments carried out over the last few years.

Oi still needs to deal with the fact that it is a concession, with obligations linked to fixed telephony, which are quite deficient. This “battle”, in Abreu’s view, was postponed due to the urgency of resolving the debt with creditors. “We need to address the issue of the concession, which is not sustainable”, says the CEO of Oi.

Valued at R$ 3 billion on B3, common shares (OIBR3) will fall more than 30% in 2022. Preferred shares (OIBR4), 22.8%. The bad mood of the market with the company is easy to understand. The new terms of the renegotiation of the company’s debts with Anatel, of more than R$ 20 billion, did not please investment bank analysts. Another fact was the closing of the V.tal deal, in which it took a smaller share of the company.

“We believe that the combination of these two announcements will have a significant negative impact on the value of Oi,” BTG Pactual analysts Carlos Sequeira and Osni Carfi wrote in a report last week.

It is now up to Abreu, who managed to bring Oi’s troubled judicial recovery close to its end, to put the company back on track in its new phase. He says again that he has a plan. Time will tell if it will work.

Brazilian startup has just closed a seed round with managers Canary, QED and 1Sharpe Managing a real estate portfolio is still…