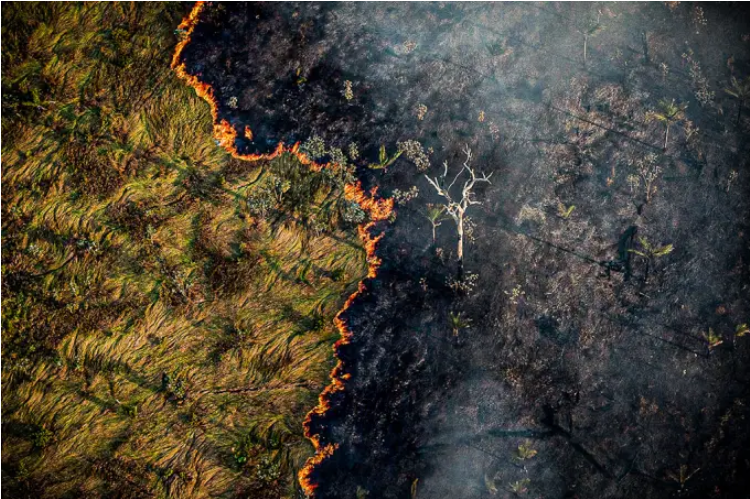 Adapting to environmental threats has taken a back seat, although the problem is already noticeable, experts say

Droughts, storms and other extreme events will become increasingly frequent and intense in the coming years. As highlighted by the IPCC (UN Intergovernmental Panel on Climate Change), the current climate crisis is unprecedented and, worse, irreversible.

In the private sector, the need not to worsen this scenario has been gaining strength in the face of pressure for good ESG (environmental, social and governance) practices. However, measures to adapt to this “new normal” are still scarce, which can lead to losses not only for companies, but for entire sectors.

In a report released in February, the IPCC highlighted the international disregard for initiatives to adapt to climate threats. According to the panel, most climate finance has been directed towards mitigation projects, that is, those aimed at reducing greenhouse gas emissions.

Protection initiatives have taken a back seat, even though the problem is already noticeable.

Data from Inmet (National Institute of Meteorology) show that temperatures in Brazil are already higher, while the rains are more intense. Agribusiness, for example, which represents about 27% of the national GDP (Gross Domestic Product), is one of the most affected, suffering from crop losses and animal deaths.

“Climate change will affect international supply chains, markets, finance and trade, reducing the availability of goods in Brazil and increasing their price, as well as harming markets for Brazilian exports”, says the IPCC report, which positions the country as one of those most affected by environmental issues.

Despite the warnings, the Brazilian economy does not seem to be prepared to deal with the threats.

André Ferretti, environmentalist and manager of Fundação Grupo Boticário, says that climate adaptation measures should be essential in the corporate agenda. However, the topic is still very incipient.

“Unfortunately, we are even further behind than in mitigation, which is also below what it should be”, he says.

He explains that decarbonization efforts prevent the problem from intensifying, while adaptation aims to reduce the risk and harmful effects that climate change brings to business.

“Adaptation is [tarefa] sorely needed, regardless of what we are doing in mitigation. It’s not one or the other, they have to walk together,” she says. “Even if we were able to achieve zero emissions today, or in the very short term, what we emit in excess remains in the atmosphere causing effects for decades or centuries,” she adds.

According to Ferretti, some local governments are implementing adaptation concepts to revise master plans, for example. But, considering that much of the infrastructure and business models were designed for a climate reality that no longer exists, it is essential that the topic is discussed by the private sector as well.

In Brazil, agribusiness is the economic sector most vulnerable to climate change, but not the only one.

Vanessa Pinsky, an ESG specialist and researcher at USP, highlights the energy market —heavily based on hydroelectric plants— as another segment that is highly exposed to the climate, in addition to insurance companies and the financial sector as a whole.

“I have many doubts about the extent to which companies are actually looking at the need to adapt from a systemic risk perspective for the business”, he says.

She points out that climate threats are already well mapped, and are not about futurology. “The change in the rainfall cycle in several regions of Brazil is a given fact, it will happen — to a lesser or greater extent, depending on how much we manage to contain global warming”, she says.

She also highlights other problems that are irreversible or close to a tipping point, such as melting glaciers (which raise sea levels), savannization of the Amazon (which modifies the climate in several biomes) and coral bleaching (which affects the marine chain).

“The scenario is so complex that this is not a company’s problem. It is a problem of sectors and the country as a whole. We need a public policy based on strategy and long-term investment in science, technology and innovation”, says Pinsky.

Brazil receives fertilizer in time for next soybean…