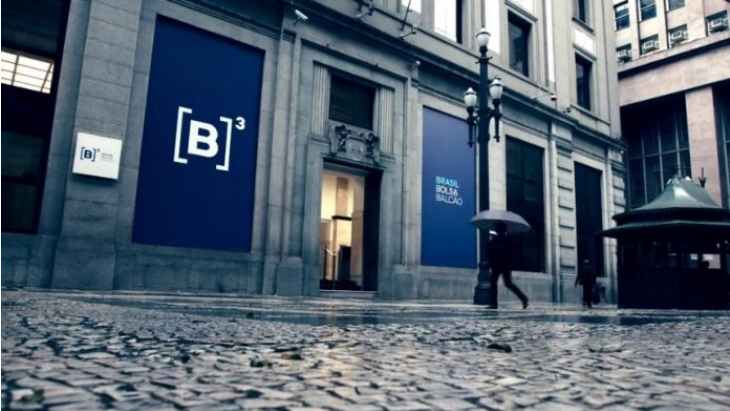 Cheap stock market, political risk and inflation: what the “gringo” thinks about Brazil

After seeing the arrival of BRL 69.1 billion in investments from abroad in the first quarter of 2022, the Brazilian stock exchange saw the taps of international money close, with the foreign balance being negative by BRL 1 billion from April to June.

This reversal does not represent any type of pessimism with the local market or an increase in the price of assets, according to Itaú BBA. In conversations with foreign investors, Luiz Cherman, economist at Itaú Unibanco, and Marcelo Sá, chief strategist at Itaú BBA, heard that high inflation and the Selic rate are reducing the potential for gains that “gringos” can have with the local market. at this moment.

“There is a consensus that Brazil is cheap”, stated Sá in the most recent episode of the Itaú Views podcast, which aired this Monday, the 11th. “But the current moment is very challenging for the equitieswhich is taking a lot of ransom, with the rise in the Selic rate encouraging the migration of customers from equities for fixed income”, he said.

Sá and Cherman met with more than 20 institutional investors in the United States two weeks ago, listening to their perceptions of Brazil and presenting the bank’s theses for the economy and the stock market.

According to them, the main question was about when interest rates will begin to decline, in order to be able to position themselves and take advantage of the first price variations.

Although they are not coming to the stock exchange as they did at the beginning of the year, foreigners are looking for opportunities, focusing their attention on value stocks, those of consolidated companies and good dividend payers.

Commodity companies remain the darlings, but Sá and Cherman have noticed a growing interest in healthcare companies. “Investors wanted to know if it had reached the bottom and whether or not there will be a recovery now”, stated Sá.

The issue of elections also dominated the conversations about politics, but with a novelty: now, foreigners are also interested in how Brazil will behave in international politics.

Check out the main highlights of the meetings below.

Cheap bag but no catalyst

According to Sá, foreign investors are neutral or underweight – jargon in the market to describe that they are sold – in relation to the Brazilian market.

According to him, there is a consensus among these investors that the stock market is cheap, but they see the high Selic rate as a factor that does not make these investments so interesting.

“Foreign investors, the question they asked all the time, was to understand when inflation would peak and when the Central Bank would start cutting interest rates, which would be the moment when they would be more positive with Brazil and when we should have stronger flows coming to the country”, stated Sá.

The interest cycle will be the trigger for stock investors to come back to the country with strength. According to Cherman, foreigners said that Brazil has a certain advantage in relation to other countries, as it started the monetary tightening earlier, and that they want to better understand the dynamics of inflation in order to anticipate and position themselves in assets.

“They are thinking that, if they arrive late, it will be too late and the assets will have moved, so many wanted to do their best to try to anticipate, even in a few months, this situation, to take advantage of the first change in asset prices”, stated.

The ongoing love for commodities

When they started talking to foreigners about the sectors that interest them, Sá and Cherman saw that they, in general, were still looking for names more linked to value. That is, shares of consolidated companies and good dividend payers.

And in this, commodities remain on the radar of investors, especially iron ore, making Vale one of the main names in conversations. According to Sá, the investment thesis is based on the idea that China will continue to stimulate the productive sector of its economy.

Foreigners also expressed optimism about the price of oil, not seeing an increase in supply in the coming years. When he embarked on this path, the conversation culminated in Petrobras, which received mixed reviews.

“There were a lot of optimistic people, considering the valuation Good, dividend yield high, strong cash generation, and others worried about what could happen in a possible new government, or even in the government itself, in terms of measures against the company”, said the chief strategist of Itaú BBA.

The steel sector, on the other hand, did not receive so much “affection”, for fear of cost increases in the production chain.

Health matters, but no rush

Still within the most optimistic view of value companies, Sá highlighted that there is a lot of interest in the health part, as it is a sector of secular growth, “a story that the gringo is very fond of”.

“It is a sector that performed very poorly and reached that moment when investors wanted to know if it had reached the bottom and whether there will be a recovery or not”, said the chief strategist at Itaú BBA.

Even interested, foreigners are wary of companies such as Hapvida and Rede D’Or, as they suffered a lot during the pandemic, with the cancellation of elective procedures.

“The result dynamics of this sector will be very important, looking ahead, for the gringo to decide whether to continue or give up”, he said.

Electricity and sanitation? No thank you

Considered to be a safe and stable sector, including a recommendation by Itaú BBA analysts for having the characteristic of protecting against inflation, utilities is not attracting international investors.

According to Sá, foreigners are poorly allocated in the area and do not show interest in buying, because it includes sectors considered to be very complex, highly regulated and subject to political risks.

When the conversations culminated in politics, Cherman sensed an interest in Brazilian foreign policy, something that had not appeared in conversations held in the past.

According to him, foreigners wanted to know what Brazil’s alignment will be in the global scenario from now on, considering commodity prices, the main item on the country’s export agenda.

“There is a widespread view that, in the coming years, commodity prices tend to be well supported because of changes in the supply structure, with all the changes in socio-environmental factors,” he said.

Institutional investors also brought up the issue of the clash between the United States and China, both in different economic cycles, with the Chinese being able to perform better in the coming years. For them, the question is how this can affect Brazil.

“This shows that what is going to happen domestically is so important about what foreigners have in mind for the international scene,” said Cherman.

Elections and the old doubts about politics

While the issue of foreign policy was a novelty, when it comes to domestic policy, the same doubts continue to populate the minds of outside investors.

“There were a lot of questions about what might change in the fiscal rules, whether the spending cap rule will change and what those changes mean for the trajectory of public debt,” said Cherman.

The economist also cited the “good old” tax policy, with fears of changes in tax collection and whether there will be an increase in taxes.

The future of SOEs and the policy of infrastructure concessions was the second topic discussed in the policy section, in addition to the risks of changes in the SOE Law.

“This is an important risk when we think about what could happen with Petrobras, with Banco do Brasil, so I had a lot of questions about it and how it would impact in practice on these two companies,” said Sá.