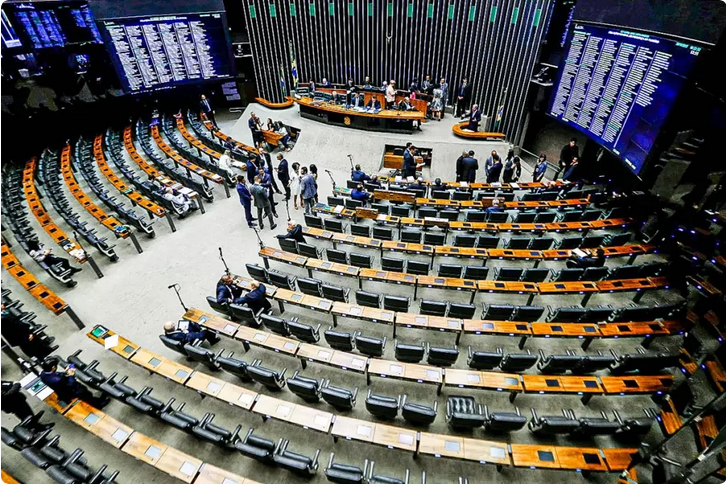 The deputies maintained some measures included by the senators, such as guaranteeing the transfer of resources to Fundeb

THE Chamber voted this Tuesday, 14, the changes made by the Senate in the bill that fixes the 17% ceiling for ICMS on electricity, fuel, telecommunications and public transport. The deputies maintained some measures included by the senators, such as guaranteeing the transfer of resources to the Basic Education Maintenance and Development Fund (fundeb), but rejected others, such as a more beneficial calculation for trigger states to compensate for lost state tax revenue. There were 348 votes in favor and none against. Highlights of the text will still be analyzed, which then goes to presidential sanction.

“To the extent that you reduce taxes, this money staying in the savings of the popular, staying in the pockets of the most needy families in Brazil, which are those who pay for the bill for the return of famine and inflation, there will certainly be a greater flow of money. resources”, defended the author of the proposal, deputy Danilo Forte (União Brasil-CE), who presides over the Parliamentary Front for Renewable Energy.

A change in the proposal approved yesterday in the Senate, and maintained today by the Chamber in an agreement with the opposition, determined that the Union must compensate states and municipalities for maintaining the minimum constitutional spending on education and health compared to what was in force before. for the ceiling law to take effect.

The measure guarantees the transfer of funds to the Basic Education Maintenance and Development Fund (fundeb) for an indefinite period. There was an articulation of deputies, with the support of Palácio do Planalto, to tear down this stretch, but the government ended up giving in.

The bill’s rapporteur in the Chamber, deputy Elmar Nascimento (União Brasil-BA), however, decided to reject the change made by the Senate in the trigger to compensate the States for the loss of ICMS collection. The text approved by the Chamber on May 25, resumed today, established that, for six months, the Union should reimburse state governments, through debt relief with the Union, whenever the reduction in ICMS revenues was 5 %, compared to last year.

However, the rapporteur in the Senate, Fernando Bezerra Coelho (MDB-PE), had determined that the trigger could be activated for each good or service that the project deals with (energy, fuel, telecommunications and public transport), and no longer about the total revenue of the State with ICMS. The deputies evaluated, however, that this change, beneficial to the governors, would “deform” the project.

Another Senate change maintained by the House was the inclusion of a form of compensation for lost revenue for the five states with no debt to the Union. For these entities, compensation will be made in 2023, with resources from the Financial Compensation for Mineral Exploration (CFEM) and with prioritization in contracting loans from the Union.

In an attempt to lower fuel prices, in an election year, the government also promised to zero federal taxes on gasoline and ethanol by December 31, 2022, which was included in the cap project by the Senate and maintained by the House. In exchange, it asked the States to zero the ICMS on diesel, cooking gas and natural gas for vehicles. In this case, the Union’s reimbursement to state governments will be made through a Proposed Amendment to the Constitution (PEC), authored by Senator Carlos Portinho (PL-RJ), the new government leader in the Senate.

In addition, a second PEC, already approved in the Senate, but which needs the approval of the Chamber, guarantees the competitiveness of biofuels, such as ethanol, through a tax benefit to the sector. Last week, Bezerra presented calculations and said that the so-called “fuel package” agreed between the government and Congress as a whole, including the project and PECs, will reduce R$0.76 per liter of diesel and R$1.65 per liter of diesel. of gasoline.

Why is Carrefour going to turn more than…

Brazil drops two positions and is 59th in…

Ceiling was pierced in the context of a pandemic…

“Brazil is condemned to grow”, said the minister The Minister of Economy, Paulo Guedessaid there was a lot of pessimism about…

Government tries to change decision on fuel prices at…