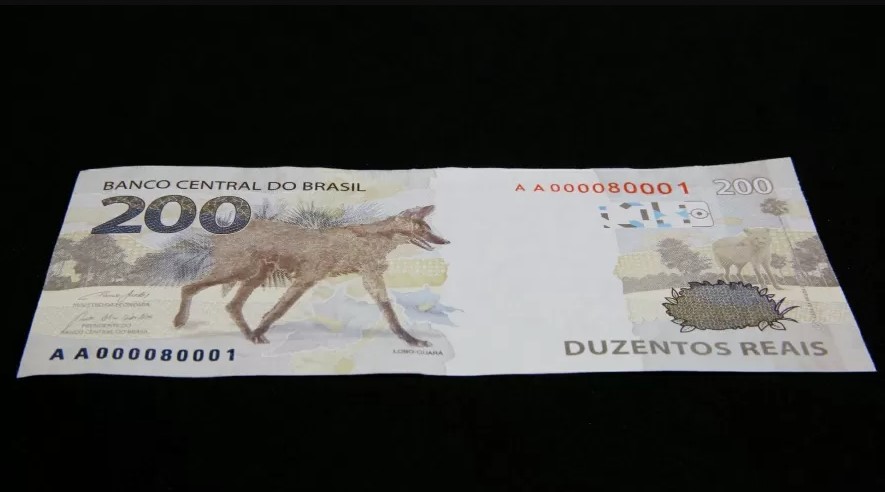 BRL 200 notice 2 years in the past, few folks noticed it, and right this moment it is solely value BRL 161

The R$200 note completes two years this Friday (2). With an air of rarity, only one in four existing banknotes of this value are currently circulating on the market. On another front, inflation eroded 19.6% of the purchasing power of the maned wolf print, which today is worth only R$161.

Specialists consulted by UOL point out that the disappearance of the R$ 200 note occurs because more and more people store large amounts of the banknote at home. The practice, called “hoarding”, is not illegal, but it can facilitate crimes such as tax evasion and money laundering. Another hypothesis is that the popularity of Pix has led to fewer consumers using cash.

The banknote was created by the BC (Central Bank) in the first year of the covid-19 pandemic to avoid any shortage of paper money among the population. Target of memes since its launch, the print with the maned wolf had been approved in the 2000s and was saved to be used in case the need to create a new banknote arose.

This moment came with the payment of Emergency Aid of R$ 600 in 2020, a poverty alleviation measure coordinated by the Ministry of Citizenship in partnership with Caixa Econômica Federal.

“So, instead of distributing six R$100 bills, Caixa would pay the benefit with three R$200 bills. In this, there was a logistical benefit”, explains Carla Beni, economist and professor at FGV (Fundação Getúlio Vargas).

The federal government currently holds 312.5 million (74.4%) of the 420 million banknotes produced at the beginning of the pandemic. The FGV specialist points out two reasons for the disappearance of the R$ 200 note. The main one is that shopkeepers do not want to receive high denomination notes because they make change difficult.

As a consequence of the low demand caused by this rejection, financial institutions do not ask the BC for more banknotes of this value. “It is a note that is equivalent to 20% of the minimum wage, created to have low circulation. In addition, the use of Pix reduces the use of cash”, says Beni.

Will the R$200 note go out of circulation?

There are no BC plans to discontinue the use of the R$200 note. “The entry into circulation of the R$ 200 banknote, as would happen with any other new denomination, occurs gradually and according to the demand of society. The rate of use of the R$ 200 banknote has been evolving in line with expectations, and will continue to be issued over the next few years”, says the institution in a note to the UOL.

“The new banknote was incorporated into the Second Family of Real Banknotes and became part of the country’s currency for an indefinite period.”

Lawyer André Castro Carvalho, vice president of IBDEE (Brazilian Institute of Business Law and Ethics) says that it facilitates the logistics of criminals.

“It is easier for someone to rob a grocery store with bills like the R$200 one than another that is full of R$20 banknotes. In the pandemic, many people were hoarding resources because of the uncertainty that hovered, running the risk of shortages of cash; but the implementation of a permanent measure such as the creation of a high denomination banknote does not make sense for a temporary problem”, he analyzes.

With the erosion of purchasing power caused by inflation, the value of the BRL 200 note in July 2022 (last available data) is 19.6% lower than in September 2020, in inflation-adjusted values. This means that the R$200 banknote currently has a purchasing power equivalent to R$161.

Natura creates a enterprise faculty to extend the…

Why is the value of gasoline falling in…