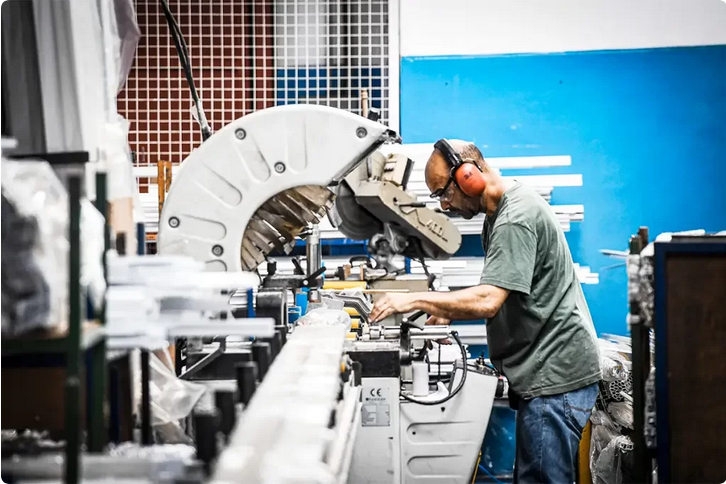 Brazil drops two positions and is 59th in the global competitiveness ranking. See lessons for the country

Brazil has returned to the level of 2019 in an IMD report. Denmark is the most competitive country in the world

Brazil lost two positions and was in 59th place in the Competitiveness Yearbook 2022one of the main studies on the subject in the world and prepared by the IMD Competitiveness Center, from the Lausanne business school, in Switzerland, in partnership with Fundação Dom Cabral (FDC) in Brazil.

Brazil follows among the least competitive nations in the worldahead only of South Africa, Mongolia, Argentina and Venezuela, according to the new edition of the study, released globally this Tuesday, 14.

The ranking analyzes 63 economies, evaluated in terms of “their ability to manage factors and competencies that enable them to achieve long-term economic growth”.

With the result, Brazil returns to the level of 2019. One of the few Brazilian highlights was renewable energy, where the country is among the most competitive (see the complete ranking by clicking here).

O most competitive country in this year’s study was Denmark, which was ranked leader for the first time in the 34 issues published so far. Switzerland, the former leader, dropped to second place. Singapore completes the podium, which rose from fifth to third place.

In addition to the small Asian and Nordic countries, which dominate the first places, in the list of large economies that also managed to appear at the top of the ranking are the United States (10th), Canada (14th), Germany (15th) and China (16th).

Carlos Arruda, a professor at Fundação Dom Cabral and one of the organizers of the edition in Brazil, points out that this year’s yearbook had few changes amid expectations of low growth in the world economy with the war in Ukraine and inflation, in addition to the still-present consequences of the pandemic. of covid-19.

“We already have signs that the world is in a period of competitive transition. Low growth in China and possible recession in the US generate negative impacts around the world”, says Arruda, who is a member of the Innovation and Entrepreneurship Nucleus of the Doom Cabral Foundation.

The professor points out, however, that the moment of transition will also be decisive for economies that know how to prepare.

“The time to build the future is at a time of crisis and then, when there is growth, it will be time to maximize returns. Countries that take advantage of this moment to differentiate themselves will benefit in the next step by being better positioned to be more competitive”, he says.

In past crises, this was the move made by countries that are prominent today, such as South Korea and China itself.

Even in the face of the global crisis, the tendency is for powers like the US and China to invest heavily from now on, in order to prepare economies for the new demands of the 21st century, with artificial intelligence, big data, industry 4.0 and fronts such as the energy transition. , says Arruda.

“Now is the time for countries like Brazil to also invest in future agendas and competitiveness”, says the professor.

Brazil has been showing a decline in the competitiveness ranking since 2011. Fronts such as high inflation and poor performance of the domestic economy continue to harm the Brazilian result, in addition to structural challenges, such as low investment and qualification of the workforce.

The four main criteria analyzed in the IMD ranking are (i) the performance of the economy; (ii) government efficiency; (iii) business efficiency and (iv) infrastructuredivided into more than 300 sub-items.

Overall, according to Arruda, Brazil still lacks on three major fronts that are crucial for competitiveness, in comparison with better-positioned countries: public policies to encourage researchers and entrepreneurs for innovation and technology, investments, and, finally, education, with a digitally driven workforce.

One of Brazil’s positive highlights in global competitiveness is renewable energy, a front in which the country ranked third in the world and, for the professor, one of the great fronts of Brazilian opportunity.

Another positive highlight of the report was the presence of women in leadership positions, in which Brazil ranked 12th, with 39% of the total. “These are transformational agendas that we need to recognize will be essential for the coming years”, says the professor.

Arruda also highlights the positive impact of state-owned companies that help in the development of technology and competitiveness of Brazilian businesses, such as Embrapa in agribusiness over the last few decades and, more recently, the Embrapii (Brazilian Company for Industrial Research and Innovation) with new technologies.

Still, one of the main challenges for Brazil has been the difficulty of achieving sustained growth in competitiveness and low investments, with just over 1% of GDP invested in research and development, according to OECD data used in the report.

Leading countries in competitiveness have shares above 2% or 3% (and even more than 4%, in the case of South Korea), coming from public and private sources, “the result of a dynamic in which actors have funding, qualified labor, greater cooperation between companies and universities and a favorable legal environment that minimizes the risks of the innovation process”, according to the Dom Cabral report.

On the education front, Brazil has good results in science and top universities, but with a negative result in the “brain drain” that has been occurring in the country, says Arruda.

“Brazil will continue to be an exporter of qualified professionals. Many countries come to Brazil to recruit, because we have a qualified workforce that is not having opportunities”, says the professor.

At the same time, Brazil ranks last in the competitiveness ranking on the education front. Arruda believes that, in addition to building opportunities for professionals in the country, there is a lack of progress in the quality of technical education, even for students who will not attend top universities, as well as policies to combat social inequality.

“This combination of increasing poverty with low quality technical education means that our typical worker, with low educational quality, ends up having job opportunities with lower added value, and this does not sustain the country’s growth in competitiveness”, he says.