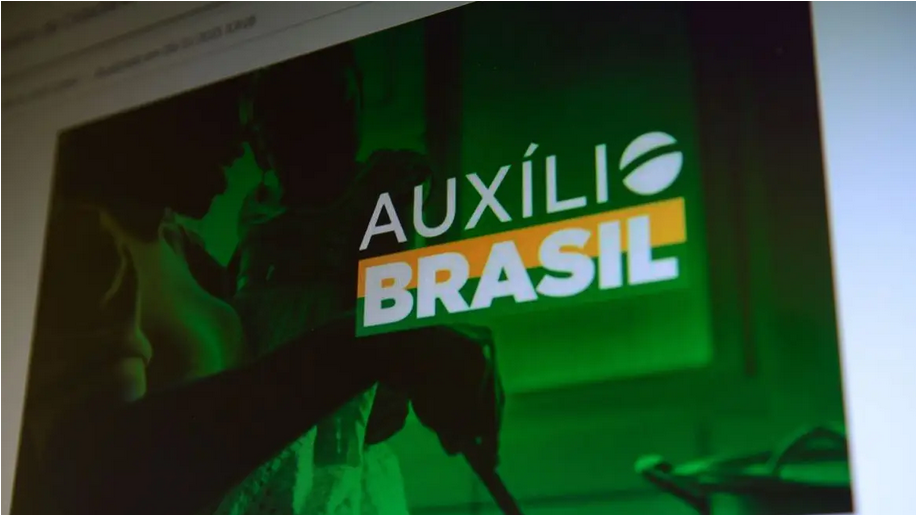 The federal government’s main bet in this year’s elections, the Auxílio Brasil of R$ 600 has not yet been paid, but it will already arrive late for the approximately 20 million families in poverty that should receive the benefit.

The R$ 200 increase temporarily released from August to December — the original benefit is R$ 400 — should not bring back to the cart basic items that are no longer consumed, such as meat, milk and its derivatives, among others.

The extra benefit will not buy the same that the Brazilian bought in 2020, when the emergency aid of R$ 600 was paid because of the coronavirus pandemic and raised the approval of the Bolsonaro government. That year, with R$200 in the supermarket, consumers took home 18 items, including rice, beans, meat, milk, eggs, mozzarella cheese, pasta, crackers and some vegetables.

This year, the same items cost more than R$ 300, according to the basic basket of Procon-SP (Foundation for Consumer Protection and Defense) and Dieese (Inter-Union Department of Statistics and Socioeconomic Studies). Today, affection comes more empty, without first-class meat and mozzarella, which have risen with the surge of milk.

The BRL 200 for 2020 currently represents BRL 163.91, according to calculations by Matheus Peçanha, a researcher and economist at Ibre (Brazilian Institute of Economics), at FGV (Fundação Getulio Vargas), made at the request of the Sheet. BRL 600 is equivalent to BRL 491.72.

To have the same purchasing power as in April 2020, families should receive BRL 732.12. The R$ 200 should be corrected to R$ 244.04. The correction is based on the inflation measured by the INPC (National Consumer Price Index) accumulated at 22.02% from April 2020 to June 2022. This is the index that measures the rise in prices for low-income individuals.

To survive, the families served by Auxílio Brasil — who also received emergency aid — have already cut basic food items from the supermarket cart and must cut even more. This is the situation at the home of self-employed Dyane Ayala, 39 years old.

“You can’t have meat; fruits and vegetables only when it’s really good or when a donation arrives. At that time, milk was R$3.89. Now it’s R$8. I go to the market and cut it. At home, I cut the milk. We drink tea, coffee, what we have”, he says.

With a 17-year-old son, she juggles to survive and relies on donations to feed her family. The difficulties brought about by the economic crisis and reinforced by the Covid-19 pandemic made Dyane start to mobilize to help other homes in an even worse situation than hers in the region where she lives, in Vila Nova Curuçá, far east of the capital of São Paulo.

In September 2020, the housewife received the report and, even in the pandemic, the situation was different. On the occasion, she celebrated the donation of basic foods with a smile on her face and a full pantry. “If you don’t have help, you can’t survive. We are helping each other, strengthening each other together.”

The 42-year-old husband is unemployed and works odd jobs in the sewing area to try to increase the family’s income. She has already sold cakes, but says the business no longer works. “There’s no one to sell to and you can’t buy the ingredients.”

Edimaria dos Santos Marinucci, 31, mother of Débora, six, and Danilo, 13, believes that, even with the end of 2020, the poorest were in a better situation than they are now. “We were getting more help. The benefit was greater and we also had more help from basic food baskets and, nowadays, we have less. There is no more basic food basket.”

Mara, as she likes to be called, says the basket helped because it brought the necessary food for the month, so she could buy different foods for the children. Today, this is rare. “You always have to wait for the end of the month, which is when the aid falls. Then buy that time and eat as much as you can,” she says.

At Mara’s house you don’t buy milk very often anymore. Meat is an item that has been cut. The sausage is what makes up the children’s “mixture”. “You choose. Buy rice or beans and the mixture is a sausage. You can’t eat well, no.” She does odd jobs when she can and is studying to be a caregiver for the elderly.

Matheus Peçanha explains that the 2020 inflation was focused on food, mainly because of the drought, and especially harmed the most vulnerable families. This year, the rise in prices has affected all families, harming this voluntary income transfer.

Claudio Considera, coordinator of national accounts at FGV Ibre and responsible for monitoring the GDP (Gross Domestic Product), says that high inflation and unemployment are the main problems that affect families and prevent the country from growing.

“Unemployment is falling, but not as much as it should. We have a very high rate of 9%. There are 9 million unemployed people. Since at least two people depend on this job, there are 18 million people who could be in this hunger group,” she says.

Household consumption data in the GDP monitor shows the purchasing behavior of households. Even non-durable products, which are food, had a drop in May compared to the 12 months of the same previous period, which shows a retraction in consumption power.

According to Considera, in general, the general consumption of families rose in May, but it is already showing a retraction behavior, pointing to the difficult situation with the high inflation. The service sector has driven household GDP growth, but this does not mean an improvement in the situation.

The researcher says that this behavior is linked to the use of transport and restaurants, mandatory items for those who leave home to work with the opening of places after the start of vaccination and the distribution of booster doses.

Not being able to feed the children

Daniely Souza Alves, 25, is on the list of people who received emergency aid of R$ 600 in 2020 and who will be entitled to the highest amount of Auxílio Brasil in August. Leonardo’s mother, three, Daniely calculates that the extra R$ 200 will be used to buy milk for her son. “A box costs R$80. We will continue to eat eggs and sausage, which are cheaper. This year everything is expensive.”

In order not to see her son ask her for food that she can’t buy, she never takes him to the supermarket. During school holidays, the difficulties in dealing with the small child at home increase. Without school, there are no classes, extra food, toys and leisure available. “We don’t have money for anything, we don’t have leisure. Play in the street.”

Daniely started studying pedagogy three years ago, but stopped college after she had the baby. With the current situation, she sees no prospect of going back to school. To try to bolster the family’s income, she works odd jobs, assembling stationery for parties in programs that she downloads for free and with skills she learned on her own, in practice, as a curious person.

The tactic of not taking the children to the supermarket so they don’t feel like eating different foods is also used by Daniely’s neighbor, housewife Camila Rossafa Conceição, 32, mother of Richardy, three, and Jhonathan, 12.

Camila cut everything she could to guarantee her baby’s milk. With an intolerance, Richardy needs to take the product of a specific brand. She tries to be a beneficiary of a program that distributes milk, but has not yet been able to be inserted. “I buy two cans a month and they have to yield.”

His mother, Adriana Rossafa, 49, Richardy’s grandmother, says that the most difficult thing is to see that children are not entitled to different food, they only eat the basics. The two live in the same backyard, next to Adriana’s other daughter, and share what they can. “Each one helps each other”, says the grandmother.

Adriana says she wants to work, that this would be the way to improve her life, but regrets not having a job. She blames her low schooling. “I only studied until the seventh grade.” The housewife says she hasn’t bought meat for a long time. “We only eat once a year.” And she comments that cleaning and personal hygiene products have been out of the cart for some time. “Only with donation.”

To survive difficult times, Simone Ledesma de Sousa Abreu, 42, has left food alone for her 17-year-old son, who is still studying. The eldest daughter, 24, went to live with her grandmother. And Simone takes the opportunity to eat at her mother’s or brother’s house.

But sometimes he says he goes all day without eating. “We get so worried about things that we don’t even feel like eating.” Simone received only a portion of the R$ 600 emergency aid. She says there was a mistake, and she couldn’t get the others.

With the help of R$400, he pays basic water and electricity bills and buys milk for his son, but warns him that he doesn’t have the money for this “luxury”. “Milk is absurd, I tell him: you are not a baby anymore”. Rice and beans are not bought, Simone only eats at her mother’s house. The tactic is to help the matriarch with household chores and share food with her. “We help each other.”

For the president of Ipea (Institute of Applied Economic Research), Erik Figueiredo, the distribution of emergency aid of R$ 600, in the Covid-19 pandemic, held back the worsening of the situation in the country. Even so, in 2021, Brazil ended the year with one million more families in poverty, according to data from the institute.

“Considering the poverty line of Auxílio Brasil, in 2019, the proportion of poor people was 9.32% and rose to 10.70% in 2021”, he says. The explanation, according to him, is the benefits paid in the pandemic. “The reason for this was a strong injection of public resources in the fight against the pandemic, still in 2020, with emergency aid, emergency benefit for preserving employment and income, among other programs”, he says.

Studies by FGV Social, however, show an even worse picture. According to data from the agency, the contingent of people with a per capita household income (per family member) of up to R$497 per month reached 62.9 million Brazilians in 2021, about 29.6% of the country’s total population.

“This number in 2021 corresponds to 9.6 million more than 2019, almost a Portugal of new poor people that emerged during the pandemic. Poverty has never been as high in Brazil as in 2021, since the beginning of the historical series in 2012,” says the analysis.

Pronampe: The new phase of the credit program…