President Jair Bolsonaro (PL) said this Sunday (17) that negotiations with Russia for the supply of diesel to Brazil at a “cheaper” price are well advanced, in an attempt by the government to stave off the risk of shortages and contain the rise in fuel prices.

“Now, we are quite advanced in terms of supplying diesel to Brazil. The cheapest price. How many percent? I don’t know. The cheaper the better,” Bolsonaro said, without giving more details about the agreement.

The statement was given to journalists in front of the Palácio da Alvorada, in Brasília. Last week, Bolsonaro had said that Brazil could start receiving diesel from Russia in up to 60 days.

In June, Petrobras warned that the national supply of diesel requires “special attention”. The risks stem, according to the company, from a seasonal increase in world demand in the second half of the year, lower availability of Russian exports due to economic sanctions and possible unavailability of refineries in the United States and the Caribbean with the hurricane season.

Last Tuesday (12), during a public hearing at the Senate’s Committee on Economic Affairs (CAE), Minister Adolfo Sachsida (Mines and Energy) stated that Brazil has 50 days of diesel stock without imports. He also considered that the difficulty of refining oil in the world has generated an increase in fuel prices.

The Brazilian fuel market has been impacted by the instability of international oil prices as a result of the Ukrainian War. The diesel readjustments promoted in May led to changes in the command of the MME (Ministry of Mines and Energy) and the state company itself.

Bolsonaro spoke about the arrival of Caio Paes de Andrade, former secretary of Debureaucratization, Management and Digital Government at the Ministry of Economy, at the helm of the state-owned company. “We changed the president of Petrobras, and he obviously intends to change the board and some directors. Put some people more in tune with him”, he commented.

This Sunday, Bolsonaro suggested that the PPI (International Parity Price), which aligns fuel prices practiced by Petrobras in the domestic market to international values, does not require mandatory adjustments and criticized the company’s “excessive” profits.

The government is betting on reducing fuel prices to curb inflation and gain popularity less than three months before the elections. The themes are seen as the main obstacles to Bolsonaro’s re-election campaign.

The current president is in second place in the polls, behind former president Luiz Inácio do Lula da Silva (PT). According to the latest Datafolha, Lula has a 19-point advantage, with 47% of voting intentions against 28% for Bolsonaro.

After the sanction of the bill that establishes a ceiling of 17% to 18% in the collection of the ICMS (Tax on the Circulation of Goods and Services) rate on fuel, energy, transport and telecommunications, Bolsonaro said he will start visiting gas stations from this Monday (18) to check if there was a price reduction.

“If posts pass [diminuição do ICMS], we will have one of the cheapest fuels in the world. We gave a deadline because of the stocks, I intend to visit stations from tomorrow”, he said. “At the very least, gasoline has to drop by R$ 0.79 [por litro] because I waived federal tax,” he added.

The government issued a decree to oblige gas stations to clearly and conspicuously display the fuel prices charged in establishments on June 22, the eve of the sanction of the new law, compared to current values.

“The final objective is to offer the common citizen an instrument of transparency that allows him to identify, in an easy, quick and practical way, the stations that are selling fuels with lower prices and, therefore, decide where to fill up his vehicle”, says the decree. .

In reaction, opposition parties filed a lawsuit in the STF (Supreme Federal Court) last week to overturn the rule. The acronyms maintain that the measure is being used by Bolsonaro for electoral purposes.

This Sunday, Bolsonaro also returned to attack governors in the Northeast region. In June, governors of 11 states asked the STF to consider unconstitutional the law that changed the rules for levying ICMS on fuel. 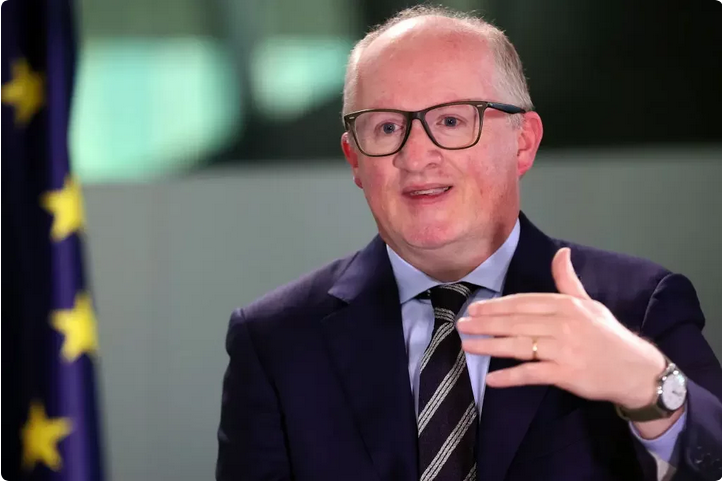 “We are fully aware that more ground is needed in upcoming meetings to get out of the highly accommodative level,” said…

Petrobras pronounces a 6% discount in diesel on the…

Petrobras announced today a reduction in the price of diesel for distributors. As of tomorrow, the price will drop from R$5.19…