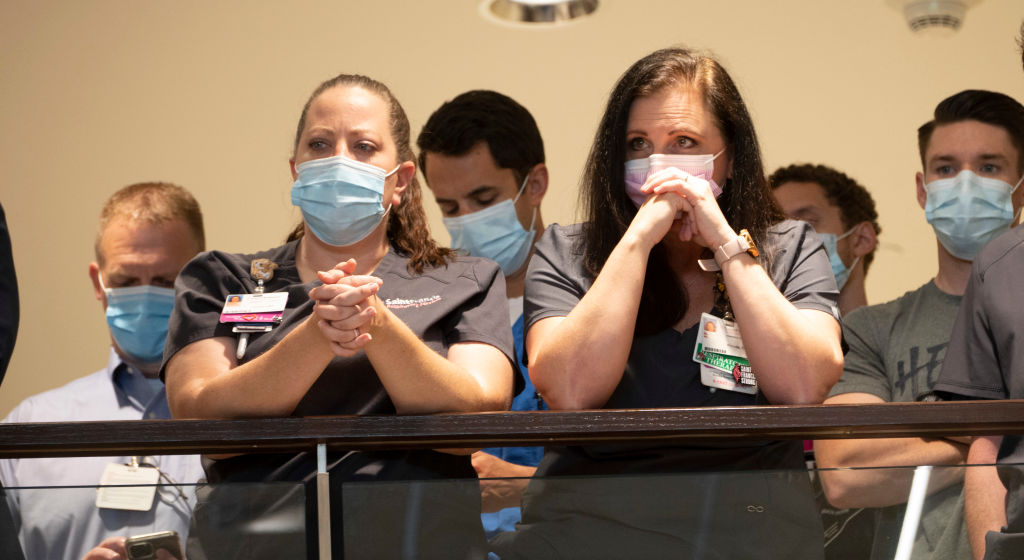 Beyond Uvalde and Tulsa: US accumulates more than 200 mass shootings this year

Less than two weeks apart, a young man opened fire on a school in the sleepy town of Uvalde, Texas, and days later, a man attacked a hospital in Tulsa, Oklahoma.

The first tragedy killed 19 children and two teachers. The hospital attack left four dead. Both shooters then died. It is a routine of violence unthinkable in almost any developed country in the world, but not in the United States. Although the recent attacks in Uvalde and Tulsa have become more mediatic and stopped the country around the gun violence debate, the US had one such attack per week in 2022. The figures are from the organization Gun Violence Archive, which maps the cases. There were more than 230 mass attacks with weapons this year in the country until this Friday, the 3rd. The attacks have already killed more than 250 people and injured more than a thousand so far.

In the same month on American soil, there were more days with mass attacks than without. The month of 2022 with the most days without records, for example, was January. And yet, of the 31 days in the month, only 13 did not have a shooting. On the first day of the year alone, on January 1, seven mass attacks were recorded.

To be classified as a mass attack, the incident must have left at least four people dead or injured, in the Gun Violence Archive’s discretion. That is, there are still other cases, with victims, but that do not enter the more than 200 records of the year.

The US has lived with shootings for decades. In general, a so-called “lone wolf”, an American citizen – and not a foreign terrorist – with psychological problems and easy access to high-caliber weapons, opens fire on a public space or full of citizens present. A school, a show, a trade: all are potential places of risk. In the last decade, more than 1,300 people were killed in such attacks.

But even for this history, authorities point out that the total number of attacks has grown. The number of mass attacks in the first five months of the year more than doubled compared to the same period eight years ago in 2014.

Although violence and the action of criminals is common throughout the world – including in countries like Brazil, with a high homicide rate –, the disparity between the US and other developed countries is noteworthy.

The US gun homicide rate is more than 25 times that of any other high-income country, according to data collected from public databases and studies by GunPolicy.org, a project of the School of Public Health in Sydney, Australia. .

The death rate from guns in the US is 12 fatalities per 100,000 inhabitants. In the UK it is less than 0.20. In Germany around 1.0 and in France around 2.5. The US also has more guns than people, a higher rate than any other rich country in the world.

The disparity with other rich countries is often mentioned by politicians and activists who advocate greater control over arms sales among Americans. The Australian case, which tightened laws after attacks (and saw the number of murders decrease), is one example.

US President Joe Biden returned to speak on the matter this week. In a national speech after the Tulsa massacre, Biden said the American situation was one of “carnage”, a term he had already used after the killings at the school in Uvalde.

“Why in the name of God could an ordinary citizen buy an assault weapon with 30-round magazines that allows mass shooters to fire hundreds of bullets in a matter of minutes?” he said.

The Democratic Party chairman advocated that the US ban the purchase of high-caliber weapons, such as rifles, by ordinary citizens – these weapons are the most commonly used in the massacres -, or the imposition of an age limit for purchase.

The ban on teenagers’ access to guns, however, is seen by experts as ineffective, as cases of young people who stole their parents’ guns accumulate in the US.

The right to buy guns is in the second amendment of the US Constitution, which makes the topic almost sacred in the US. In the polarized debate on weapons in the country, some points are defended by the majority of the population, from the right to the left, such as greater control of the background of those who buy weapons. The ban on access to rifles, however, is a more contentious debate. In general, more progressive states have stricter laws on the subject, but passing national legislation that restricts access nationally, as Biden wants, is an almost impossible mission.

Central Bank asks the market the impact of…