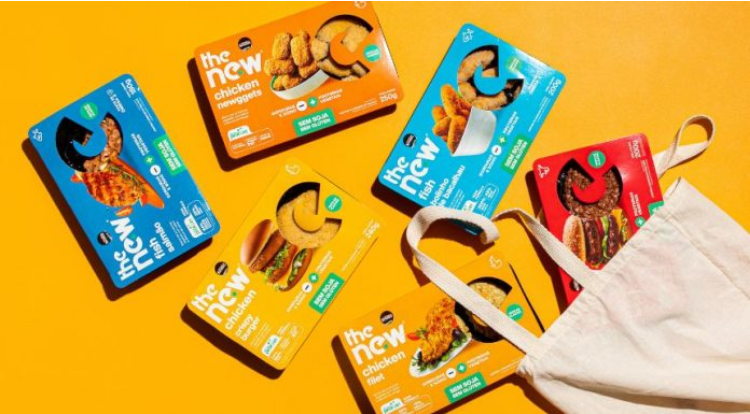 In March of last year, The New (then known as The New Butchers) grabbed the market spotlight. plant-based to Brazil upon receiving an investment from Lever VC, the main manager specializing in this segment and which has already had companies such as Beyond Meat and Impossible Foods in its portfolio.

The two companies are the biggest exponents of the sector plant-based. The first is valued at US$ 4 billion in the private market. The second, in turn, has been trading shares on Nasdaq since 2019 and is worth US$1.6 billion, but has already been valued at more than US$12 billion.

Now, the company repeats the dose. Only this time, with more spice. In information revealed exclusively to the NeoFeedLever VC is increasing its bet on the Brazilian startup with an investment of R$ 38 million and is becoming the majority partner in the operation.

“After we made the first investment, we were still excited about what the company was doing in launching products that are at the top of the market,” says James Caffyn, partner at Lever VC in an interview with NeoFeed.

In addition to The New and these giants, Lever VC has already invested in the operation of another Brazilian company, NoMoo, which produces vegan dairy products. Recently, the company scaled its operation to the Asian continent, as reported exclusively by NeoFeed. In all, 19 startups have been invested by the manager since 2018.

Founded in 2018 by Bruno Fonseca and having businessman Paulo Veras, founder of 99, among its investors, The New debuted its operation with a hamburger that mimics the taste of meat, but without using animal protein.

After expanding its line, the startup is now also adding breaded chicken burgers, nuggets, chicken fillets, salmon fillets and codfish balls to this “menu”. All made with vegetable protein.

The startup works on ways to replicate the taste, aroma and texture of the original food in the vegan substitute. Technology helps choose ingredients. Today, the bet is on pea, lentil and rice proteins, in addition to coconut fat, sunflower oil, bamboo fiber, onion, yeast extract, powdered beetroot, garlic, among others.

In the first move with Lever VC as the majority in the business, founder Fonseca stepped down as CEO of The New. The post is now occupied by André de Carvalho, an executive with stints at Minerva, where he was business director. He also worked at AB Brasil, a company that owns brands such as Fleischmann, Ovaltine and Twinings and Bunge, an American food manufacturer valued at US$ 13.2 billion.

“Carvalho has extensive industry experience and will be instrumental in driving the company’s next stage of growth, building a solid foundation for the future,” said Caffyn, Lever VC. “Structurally, there will be no significant changes other than the formation of a larger team to support core operations.”

In addition to the change in command, the decision is now to prioritize the expansion of the operation in Brazil. “The Lever VC investment, in conjunction with an upcoming round of additional funding, is being used to open up new channels and expand the marketing budget to increase sales velocity,” says Caffyn.

The New’s products are sold at more than 3,400 points across Brazil, but the startup has more strength in the Southeast and South regions. Some of the chains that sell the food are Pão de Açúcar, Angeloni, Oba, Hortifruti, Natural da Terra, Mercadinho São Luís, among other retailers.

With the investment, The New gains muscle to compete in a market full of traditional competitors, such as BRF, JBS and Marfrig, as well as those financed by venture capital funds. An example is the operation of Chilean NotCo, the first unicorn plant-based in Latin America and which manufactures vegan substitutes for milk, ice cream, mayonnaise and has a line of plant-based hamburgers.

“Our strategy goes in the opposite direction of most startups. We don’t want to play the game of burning cash and only taking into account revenue”, says André de Carvalho, CEO of The New. “The idea is to have a partner that can guarantee peace of mind for the company to build its brand in the long term.”

With operations only in the Brazilian market and with no intention, at least in the short term, of internationalizing the operation, The New expects to have revenue of R$ 100 million by 2025. “In the next three years, we will triple the customer base and increase the exponentially”, says Carvalho.

To achieve this goal, one of the plans is to explore the B2B market. The company already supplies its line of products to small and medium-sized snack bars and restaurants. According to Carvalho, The New already has conversations to take the products to larger networks. “It’s a bet that has already shown growth of 500% this year against the same period last year”, says the executive.

The movement is already explored by other companies. In Brazil, the vegetable protein hamburger used by the fast food chain Burger King, for example, is produced by Marfrig. Fazenda Futuro, which recently announced the singer Anitta as a partner, is the supplier of the hamburger used in the vegetarian snack at Bob’s.

In a broader view, it is possible to say that the plant-based lives two moments. On the one hand, companies face greater difficulty in maintaining high valuations – a reflection of the technology market as a whole. Beyond Meat, for example, went public on Nasdaq in 2019 and has seen its market cap plummet nearly 60% this year.

On the other hand, estimates indicate that the consumption of products in this category should increase considerably in the coming years. With global revenue close to US$ 40.2 billion last year, the segment should grow an average of 11.9% per year, according to the forecast by the American consultancy Vantage Market Research. The expectation is that this market will move US$ 78.9 billion in 2028.

This perspective is being followed by the closer look of investors, including in Brazil. This is the case with Lifely. Created in 2021 by Daniel Chor, ex-Multiplan, Alexandre Icaza, ex-Sack’s, and Felipe Krelling, ex-IBM, the Brazilian manager intends to invest in up to 25 startups in the alternative protein sector by the end of 2023. And his thesis goes beyond the local market. Until March, the fund made contributions to 12 companies in the United States, China and Estonia.

“The Brazilian market has been attracting the attention of foreign investors”, says Lorena Coimbra, food engineer and founder of Foodtech Consultoria. “Some companies have great products, but they can only scale when they combine technology with investment.”

To differentiate itself from other companies in the field that operate in Brazil, such as Fazenda Futuro and plant-based of giants like Marfrig, BRF and JBS, The New’s bet is to compete beyond price. “We are not going to fight over price in the market. It will be the most expensive brand, but it will be the one chosen by the consumer who is looking for a quality product”, says Carvalho.

The idea is to go beyond the vegan or vegetarian consumer and also reach the “flexitarians”, who are consumers who can eventually buy one or another product with vegetable protein.

“The vegetable protein market has been driven by these occasional consumers”, says Coimbra, from Foodtech Consultoria. “They expect a product that really resembles meat in terms of aroma, texture and taste.”

In this sense, the company is investing in the expansion of its portfolio. In the second semester, the idea is to advance in the development of more practical products. According to Carvalho, the plans involve a line of ready-to-eat dishes and products that can be prepared in the microwave.

The New has a factory that opened in July last year. The facility, which is in the north of São Paulo, should also be used to produce items from other brands in the plant-based industry, but Carvalho did not reveal which agreements are being signed. 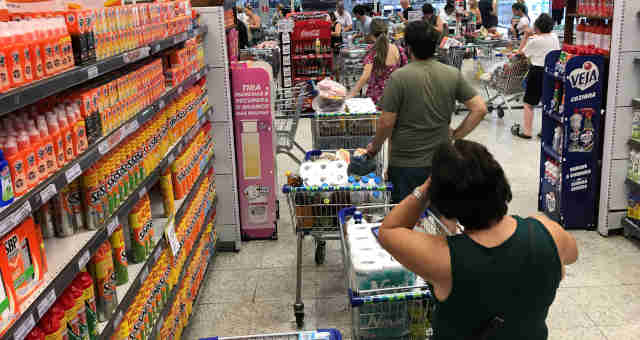 Consumption in Brazilian Properties ends the semester up 2.20%

To face inflation, consumers made more planned purchases The Consumption Index in Brazilian Homes, measured by the Brazilian Association of Supermarkets…