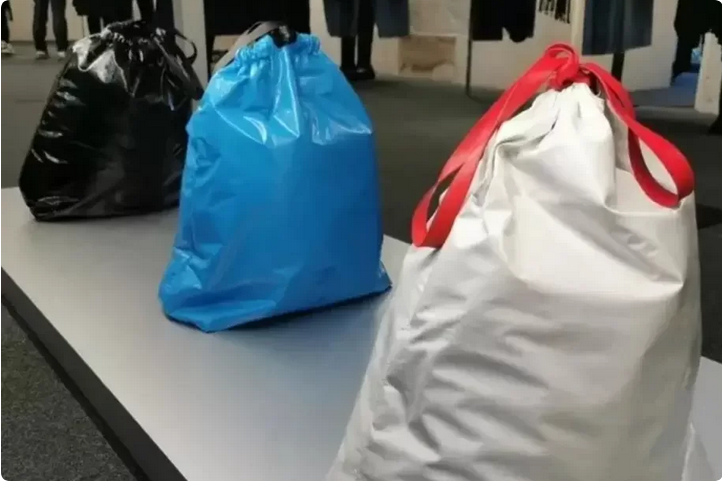 At the center of the fashion controversies is the Balenciaga. After throwing a shoe Crocs with heels thin and the famous sneakers that appear to be destroyedthe Spanish brand has just launched an unusual bag that refers to garbage bags.

The bag was presented during the brand’s winter fashion show, in March this year. The creative director of the brand Demna Gvsalia, who is a refugee from Georgia, brought in the last presentation at Fashion Week in Paris, a catwalk that simulated a crossing in the snow, in reference to the difficulties of escape for Ukrainians. Among the pieces, some were stained, dented and torn.

The bag model, called Trash Pouch, now hits stores for US$1,790, or 10,000 reais at the current price, and in three colors available: total black, blue with a black strap or white with a red strap.

In Demna’s creative mind, any item can become a fashion item. Like when Kim Kardashian appeared at the brand’s show in March, wrapped in duct tape. “You don’t need Balenciaga clothes to wear this look, you just need the ribbon. It’s fun to dress up without clothes on,” Demna said at the time.

This is the case with the recently released wrecked shoe. For the stylist, everything can be made into fashion, including unconventional pieces, and as he has said in the past, his creations don’t have to “be ‘understood’ by the average social media critic”.

Named Paris, there are two models of the shoe: high top (10 thousand reais) and mule (2.6 thousand reais). The shoes are cropped at the top and have the canvas, tongue and laces worn and faded, in three colors, red, white and black. 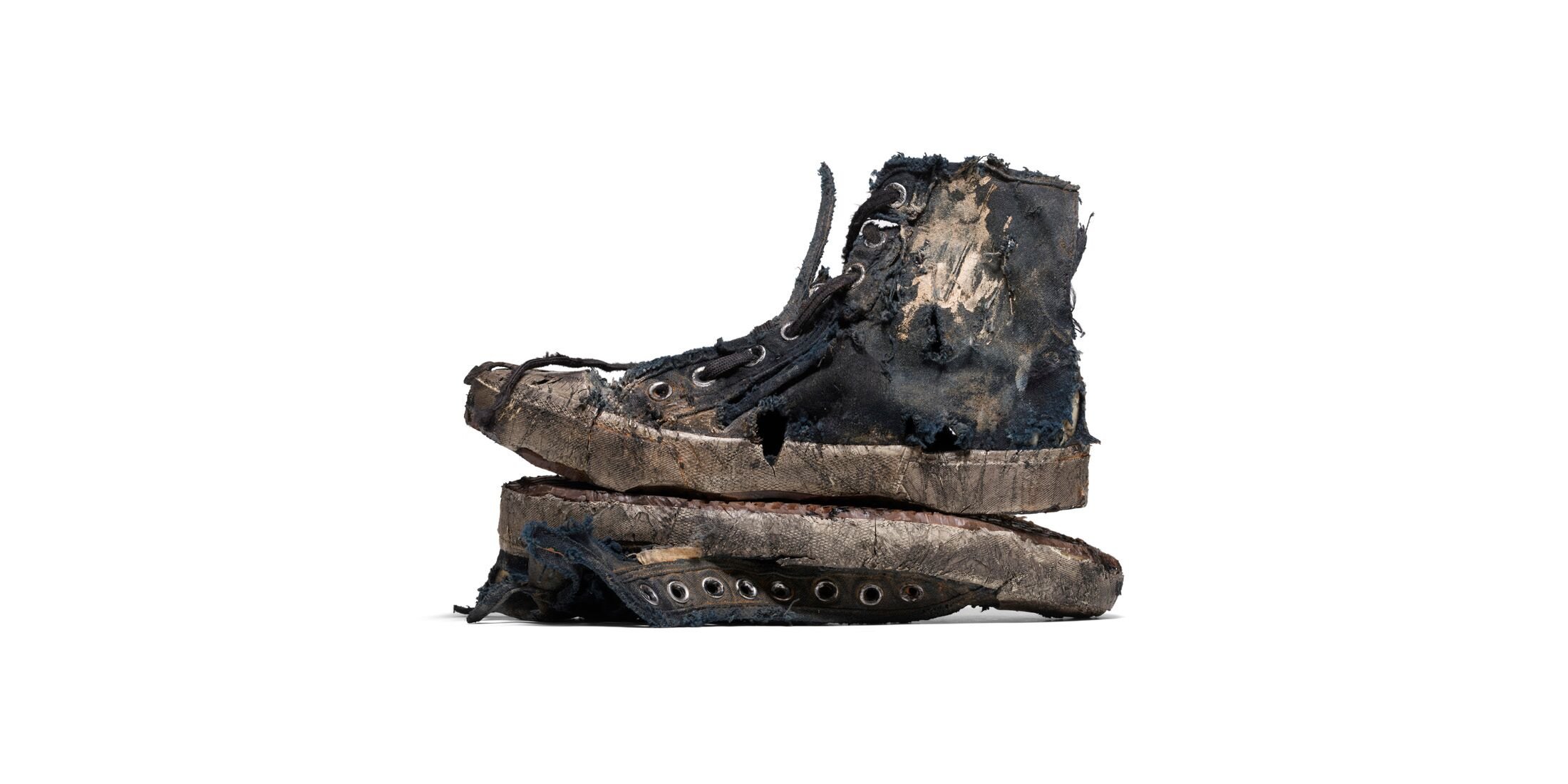 Paris sneakers by Balenciaga: success on the networks (Balenciaga/Reproduction)

In June, during the graduation fashion show of the Royal Academy of Fine Arts in Antwerp, Belgium, Gvsalia used an empty Lay’s bag as a bag. Yes, the packaging became an accessory worn under her arm as if it were a clutch bag.

After the event, there were rumors of a possible collaboration of the Spanish brand with Lay’s.

In 1917, when the brand was created, Balenciaga brought Spanish culture to the center of haute couture creations, with references to flamenco, matador costumes and artists of the time such as Diego Velázquez. Innovative, in the 1950s, Balenciaga pioneered new silhouettes in women’s fashion. While Christian Dior marked the women’s body, Balenciaga left the dresses with volumes and the loose waist.

In the 1960s, the brand lost relevance and fell into oblivion. Until two stylists managed to revive the brand. The first was Nicolas Ghesquière, who served as creative director from 1997 to 2012. The second was Demna Gvasalia.

With strong appeal on social networks, and with different collaborations with other brands, Balenciaga remains on the rise, as in past decades. Even if the Paris sneakers seem destroyed, the brand’s concept is perpetuated and wears great celebrities, such as Rihanna and Kim Kardashian, at the 2021 MET Gala.

Social networks are a major point of expansion for the brand and its fashion culture.

At RD Station, the period of chatbots arrives…