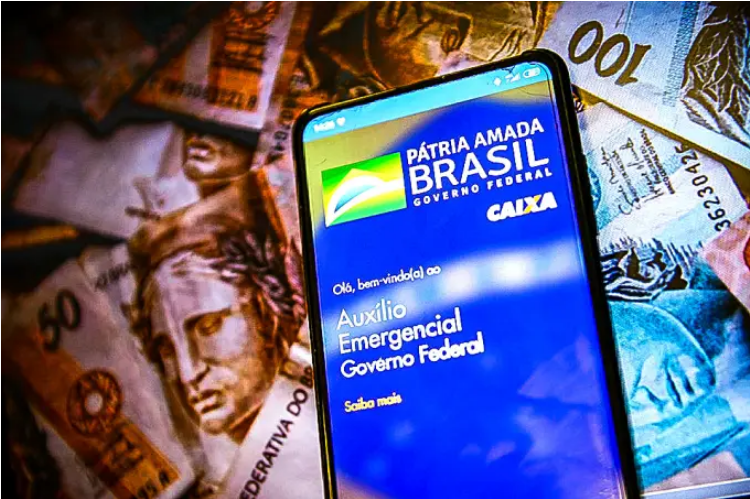 Ordinance establishes that the maximum number of installments will be 24, and the interest rate cannot exceed 3.5% per month.

The government published in the “Official Gazette” this Tuesday (27) an ordinance that regulates the payroll loan for beneficiaries of Auxílio Brasil.

The measure is criticized by experts, who point to the risk of even greater indebtedness of the most vulnerable population (read more below).

According to the regulations, the maximum amount that can be contracted will be the one in which the installments commit up to 40% of the monthly benefit amount. But instead of considering the current minimum benefit amount of BRL 600, which is only valid until December, the BRL 400 will be valid. Thus, the amount of the installment will be a maximum of R$ 160.

The government, through the National Secretariat for Citizenship Income (Senarc), will be responsible for deducting the monthly loan installments from the benefits. Thus, the beneficiary will receive only the remaining amount.

It is mandatory to inform the interest rate applied and the effective cost of the loan at the time of contracting.

It is prohibited to charge the Credit Opening Fee (TAC) and other administrative fees, as well as the establishment of a grace period for the beginning of the payment of installments.

By way of comparison with other types of credit, data from the Central Bank show that the average monthly interest rates for the month of June were as follows:

According to the rules, if the benefit is cancelled, the loan will not be cancelled. In other words, even if they stop receiving Auxílio Brasil, the beneficiary needs to organize themselves to pay the loan every month until the end of the contract term, depositing the amount of the installment in their account.

The ordinance also includes a model questionnaire that must be presented by the financial institution to the beneficiary at the time of contracting the loan.

Among the questions that the beneficiary will have to answer are whether the loan amount is clear, the monthly interest rate, the total amount they will pay at the end of the contract and the loan term, in addition to the amount of the installment and until when will pay it. there. And if he has already done the math to see if he will be able to honor this commitment along with the other day-to-day expenses.

In the questionnaire, there is also an excerpt that says: “The Auxílio Brasil payroll loan is an option that should only be used in cases where you really have a problem that you cannot solve without making this contract. See if someone in your family or community can offer you another solution, where you don’t have to pay interest.”

At the time of entering into the loan, the financial institution must inform the beneficiary:

In situations where an undue discount of installments is found due to improper contracting, divergence in the contracted amount or in which the discount occurs in an amount greater than the established limit, the financial institution will be responsible for returning the amount unduly consigned.

The return of the amount must be carried out within a maximum period of two business days from the finding of the irregularity, corrected based on the variation of the Selic rate, from the due date of the installment referring to the undue discount on the payroll until the business day prior to the actual return. , directly into the Auxílio Brasil payment account.

When an indication of irregularity is identified in the process of contracting or discounting the Auxílio Brasil payroll loan, Senarc must initiate a procedure to investigate the irregularity to regularize the situation or cancel the loan contract.

The evidence may be identified through cross-checking of information carried out preventively by Senarc, by the control bodies or by the filing of a claim by the borrower.

In cases where the discount on payroll loan installments has occurred in benefits that may be considered irregular, the amounts transferred to financial institutions must be reimbursed directly to the Ministry of Citizenship, in the competence following the final decision to determine the irregularity.

The ordinance also provides the care that beneficiaries should have. Among the recommendations are:

The offer of payroll-deductible loans through Auxílio Brasil has been criticized by specialists and entities. They allege that the measure can be harmful to the population, because the resources of the income transfer program are usually used for basic survival expenses.

With the loan, however, the citizen can have up to 40% of the benefit discounted before payment. Private banks have already expressed a lack of interest in operating the credit line.

Among the banks most likely to offer the payroll loan is Caixa Econômica Federal, which operates the government’s social programs, in addition to Banco do Brasil.

Taking out a payroll loan linked to Auxílio Brasil can be worthwhile for those who have an urgent and urgent need – but not to pay day-to-day bills, or to make unnecessary purchases.

This is because the credit can compromise the beneficiary’s disposable income for a long term. Thus, you may lack money for several months to make essential expenses, such as food.