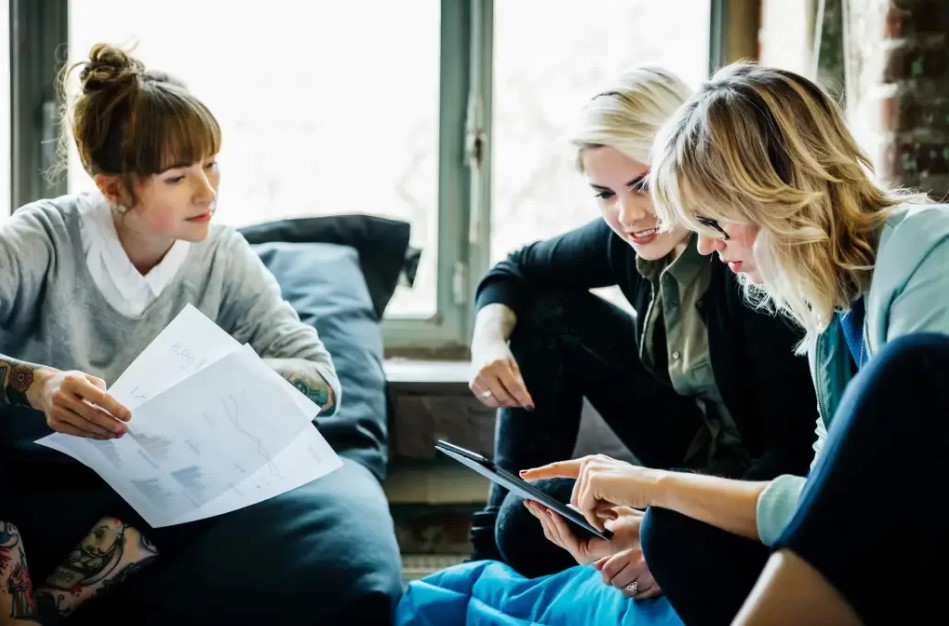 At Microsoft, a BRL 60 million fund makes assist for feminine startups a part of the technique

Gender parity is a big deal for the global economy. A study by the Kauffman Fellows Research Center (KFR), shows that the inclusion of women in strategic sectors of the economy can leverage world GDP between 3% and 6%. But even if they have the potential to transform the economic order, the lack of support for the female entrepreneurship remains a barrier to achieving these numbers — in 2019, for example, only 2.2% of the world’s venture capital went to startups created by women.

It was upon encountering these data that the Microsoft decided to act. Just over two years ago, the tech giant founded WE Ventures, a fund dedicated exclusively to startups founded by women or with women in board positions.

Since then, the company has consolidated some checks and reached a total of eight investments in the portfolio and a turnover of R$ 2 million. In common, all companies are essentially technology startups with a minimum annual turnover of BRL 200,000, with at least one woman in a leadership position who holds at least 20% equity interest.

“We Ventures seeks to reverse the scenario of inequality in access to investments for female startups. It’s our way of encouraging change in the ecosystem,” said Franklin Luzes, vice president of Innovation, Transformation and Fast-Growing Startups at Microsoft Brazil, during an event for journalists and partners at Microsoft’s headquarters in São Paulo.

In presenting the main results of WE Ventures so far, Luzes highlighted the entry of strategic partners into the fund, interested in supporting female entrepreneurship in Brazil based on the evaluation of companies linked to their market expertise. Among them are Suzano, responsible for the cleantechs evaluation arm; Multilaser, which evaluates small retail companies and Porto Seguro. “We will have new investors soon. The call is open and we will have a lot of demand,” she said.

In addition to financial resources, Microsoft also seeks to encourage the development of new companies with a venture builder arm, called WE Impact. The project, coordinated by Bertha Capital, boosts early startups, connecting them to strategic partners and offering mentorship and technical support in areas such as revenue, team and product. On the financial stimulus side, WE Impact also usually injects up to BRL 500,000 per company.

In practice, the fund operates under the logic of financial return and impact, with an eye on mitigating social and environmental risks and creating solutions with some positive return to the planet. “We are not looking for a return at all costs, but rather to encourage potential companies in the long term”, says Luzes.

“We Impact was born from the realization that we need to go beyond checks,” said Thiana Müller, director of Funds at Bertha Capital.

For the future, one of the expected actions is the promotion of other minority groups and races — something that promises to be even more punctuated with the launch of a booklet prepared in partnership with UN Women and the consultancy on gender and race equity. Egg yolk. “There is a concern in looking at this greater diversity and all its intersinalities,” she says.

The material adapts the Women’s Empowerment Principles of UN with practical tips for women entrepreneurs at different stages of maturity, from ideation to scale. As next steps, WE Impact should conduct training on the principles for startups in the portfolio – and outside of it.

What are the invested startups?

Among the eight female startups invested in by WE Ventures are Mobees, which develops a smart device for out-of-home (OOH) media; Smarkets, for collective and scaled purchases for companies; Packid, for monitoring temperature and humidity in transport trucks; and Venuxx, a logistics platform with a network of 100% female employees.

By the end of the year, the goal is to invest in four more companies. The intention is also to increase the fund’s resources to R$ 100 million — currently, R$ 69 million are raised.

During the event, data on the venture capital market in Brazil and Latin America were also presented, resulting from a survey prepared by Microsoft, Bertha and Associação de Investimento em Capital Privado na América Latina (LAVCA). The highlight is the pace of transactions in the region, even in the midst of a scenario of lower liquidity for startups globally.

According to the survey, this has been a hot year for investments, and the first six months already consolidate 2022 as the second best year for global venture capital, behind only 2021 in the number of transactions. “It’s a good pace,” said Carlos Ramos de La Vega, director of Venture Capital at LAVCA. So far, there have been 232 transactions in Brazil alone.

According to the study, the preference of investors for entrepreneurs with some experience remains dominant. In 2022, 43% of the contributions went to companies with founders who had already managed to raise capital in 2019 rounds.

The study shows an increase in investments in startups led by women – or with at least one on the board. In the first six months of the year, venture investments in female startups came to represent 31% of the total turnover in Latin America. In 2019, the number was 16%.