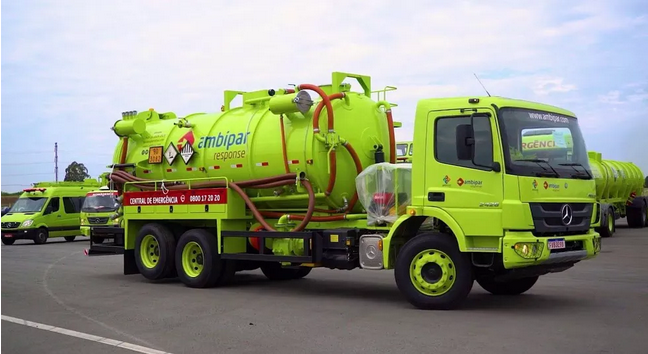 The listing of the subsidiary Response in the United States, in a transaction with a Spac and with the attraction of a group of Brazilian investors, made the share of Ambipar soar 10% in the trading session, with the group valued at R$ 2.84 billion. The excitement of investors is due not only to the financial boost that the cash will give to the American operation, focused on emergency services, but also to the value unlocked in the Brazilian holding.

Ambipar Response, which represents 45% of the group’s business, was valued at R$ 1.84 billion pre-money, in Citi’s accounts, and at R$ 2.9 billion after the agreed contribution. By logic, therefore, Ambipar Participações would be undervalued in B3.

The M&A and private placement transaction is a good example of how it became more difficult to do new business on the stock market, demanding more complex equations in investment banks.

Tércio Borlenghi Junior, the controller of Ambipar, already wanted to list the emergency services subsidiary in the American market, a stage in which the company can be more exposed to global investors and where Response has already advanced operationally. But demand for IPOs in the US is as weak as in Brazil, especially for selling foreign company history.

With a mandate, Bank of America knocked on the door of HPX, a Spac that had not yet found the ideal asset to take to the stock market. As is well known, things are not easy for these companies with a specific purpose of acquisition either – redemptions, when they find a target for M&A, reach 80%, and the low price after the transaction concluded also made investors wary of the model. .

HPX has a renowned team – among the sponsors are Rodrigo Xavier, who led BofA in Brazil, alongside Bernardo Hees, the former ALL and Kraft Heinz – which can help to retain investors and which also puts a star group on the board of the new company. Last year, Spac raised U$S 230 million. As it is not possible to know how much of this will remain in the M&A and how much will be redeemed, the binding of Ambipar and HPX included guaranteeing extra money to close the deal.

Investors such as Opportunity, XP Asset and Constellation guarantee US$ 168 million, which will be added to the remaining US$ 230 million in Spac. In other words, R$ 907 million are already guaranteed for Ambipar Response, an amount that can reach up to R$ 2.15 billion.

The capital of the contribution will be used mainly for M&A. So far, with less bullet in the needle, the company has already managed to buy many small companies – there were 12 acquisitions in North America, with a cash expenditure of around R$ 300 million.

“We are going to target companies with much higher levels. We already have some in the pipeline and we didn’t want to miss the opportunity to make these acquisitions with multiple attractions, so we needed funding now”, said Thiago Silva, CFO of Ambipar, to Pipeline.

Considering shares and debt, the company was valued at R$3.1 billion, with an implied EV/EBITDA multiple of 11 times. Ambipar will own 71.8% of Response – and 96.2% of the voting capital, in the super-voting structure in two classes of shares.

“It is a more complex transaction, with more parties involved, four months of negotiation, but it guarantees that the deal is done”, says an executive close to the business. With the proceedings at the SEC, the transaction is expected to be concluded by the end of September.

The level of risk embedded in the prices of Brazil’s fixed income assets has hit multi-year highs in recent days, reflecting…

In yet another move to bring the advertising market closer to the e-commerce sector, Adventures continued its plan to create a…