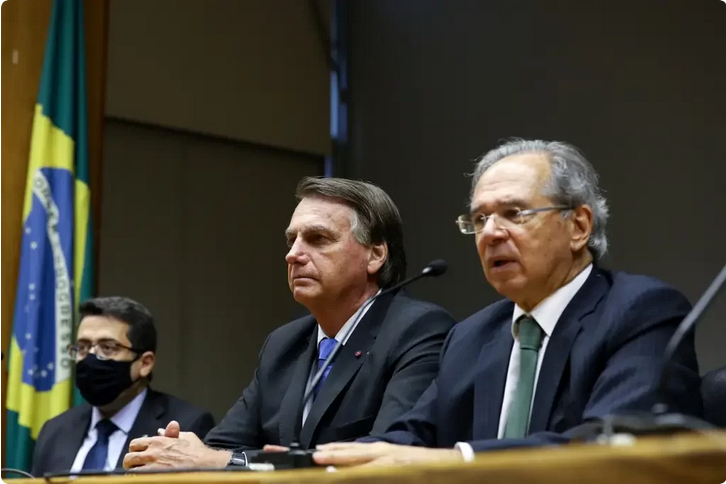 A PEC can offset part of the states’ losses with changes to the ICMS, approved on Monday night. Theme is also in the STF

O ceiling for ICMS of goods such as fuel and energy was approved in the Senate, but the soap opera is far from over.

This Tuesday, 14th, fuel will continue to be at the center of the agenda in Brasília with the proposed amendments to the constitution (PEC) that the president’s government Jair Bolsonaro promised to use to offset part of the losses with ICMS.

After the bill that sets a ceiling of 17% for ICMS was approved in the Senate on Monday night, the 13th, the compensation PECs are now awaiting a vote.

One of the proposals, the so-called “PEC on biofuels” (PEC 15/22), is on the Senate’s agenda today. The proposal is to reduce taxes on biofuels to maintain competitiveness against the reduction of the tax letter already approved for fossil fuels.

Another text, more questioned, is the “PEC for fuels” (PEC 16/22), which would partially compensate states that accept to go beyond the approved ceiling and zero ICMS on diesel, cooking gas (LPG) and vehicular gasin addition to reducing the ethanol rate to 12%.

There are a number of points that still need to be defined, especially about how much compensation and deadlines would be.

Senator Fernando Bezerra Coelho (MDB-PE), who presented the PEC after being agreed with the government, established for the time being in PEC 16 that the compensation to those who accept to zero the ICMS on the fuels mentioned would be R$ 29.6 billion.

The value tends to be contested by the states as it does not equate the losses. Comsefaz, a committee that brings together state finance secretaries, said this Monday, before the ICMS ceiling vote, that the mechanism without compensation could generate a loss of around R$ 115 billion per year for states and municipalities. The government argues that the losses are smaller, at R$ 65 billion.

The committee noted in a note that “the frustration in state budgets would be reflected in severe cuts in the funding of services to the poorest”.

In the vote on the ICMS ceiling in the Senate yesterday, presented in the complementary bill (PLP) 18, one of the approved highlights demanded that the Union compensate states and municipalities to guarantee the current minimum of Fundeb, a basic education fund (which has ICMS collection as a base). Without some compensation, education losses can exceed R$ 20 billion.

States ask for full compensation in the STF

On another front, in the Federal Supreme Court (STF), states arrived on Monday at a conciliation proposal presented to the government. The entities would accept the ICMS cuts, but with full compensation from the Union, which would go beyond what was presented in the PEC. The economic team is against.

Minister André Mendonça, rapporteur of this case in the Court, gave 24 hours for the federal government and the Senate to comment. The deadline also ends on Tuesday. If there is no agreement, Mendonça (who was appointed to the STF by Bolsonaro) may decide in an injunction, but the decision would only be provisional and could be modified in the future.

The imbroglios involving the agenda are a problem for the federal government because the attempt to reduce the price of fuels by cutting the ICMS is one of the priorities of the Planalto, four months before the October elections.

In addition, before becoming law, the PLP 18 approved in the Senate will still have to return to the Chamber, since the text has undergone changes.

The impact on peak prices is still uncertain, given the high volatility of the barrel of oil in the international market and exchange rate impacts. Banks and analysis houses have estimated a reduction of close to 1 percentage point in inflation with the ICMS ceiling, which is still not close to the accumulated inflation of more than 11% in 12 months in the IPCA.

The high fiscal cost of the measure is also a cause for concern, given the reduction in the amount allocated to areas such as education, health and security in the ICMS of the states and, for the Union, in view of the cost of any reimbursements that are negotiated.

The approval of the ICMS ceiling, by 65 to 12 and without the opposition being able to stop the vote, was seen as a victory for the government of President Jair Bolsonaro. But the discussion about compensation promises to be as fierce, if not more, from now on.

Merger with brMalls (BRML3) will create a stronger…

Services sector rose 0.2% in April, according to…

Authorities proposal to denationalise Petrobras appears like a ‘donation’…