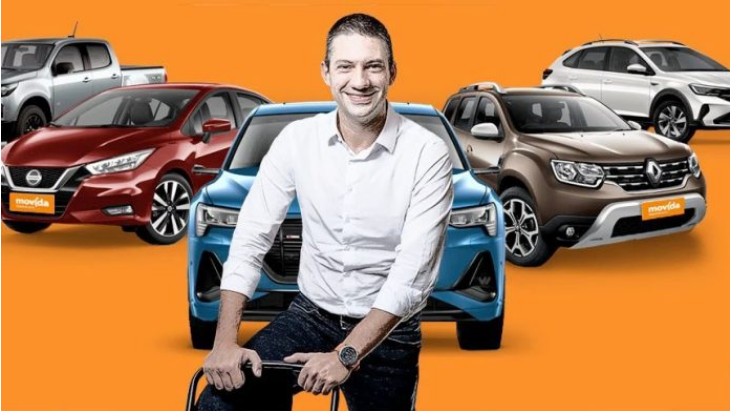 After gaining scale, Movida focuses on worth creation

A little over a year ago, when the pandemic was still afflicting the economy and especially harming automakers, Movida decided that the troubled moment was the ideal time to renew its fleet.

In order to gain scale and have a greater offer of vehicles with greater added value, with an eye on an increase in revenue per unit and also to face the stiffening of competition, the company went shopping. In a sequence of this strategy, in the second quarter of 2022, the fleet of the Simpar group car rental company totaled 207 thousand new cars, an increase of 54% compared to the same period in 2021.

Now, with the realization that the fleet has reached the size and profile considered ideal, Movida understands that the time has come to focus on the second objective of its strategic plan: to become the biggest generator of value in the car rental industry in the long term. deadline.

“We reached a scale that needed to be reached, so we don’t need to grow more than we grew”, says Renato Franklin, CEO of Movida, to the NeoFeed. “Now, the focus is on operational efficiency to grow sustainably, based on the basic principle of generating value.”

One of the areas in which Movida intends to invest efforts is in the digitalization of the customer journey. Currently, around 65% of the company’s transactions are carried out through direct and online channels. According to Franklin, the idea is to expand this threshold, without specifying a goal.

Another point to be improved is the pricing tools, which already help to obtain greater revenue per car. Franklin points out that the company is well positioned on this front and mentions that, thanks to these mechanisms, the car rental area was able to record, for the first time in history, an increase in average revenue per car between the first and second quarter, period seasonality, to R$2,973 per month, up 1%.

“Since the IPO [em fevereiro de 2017]we say that the benchmarks of efficiency in this industry will still be written”, says Franklin. “In the next cycle, we will seek to improve operational processes with technology, which will take the industry’s efficiency to another step, leveraging the return on invested capital in the medium term.”

While placing an emphasis on technology, Franklin says the current fleet will also be a factor in helping to achieve the ambitious goal. With 207 thousand vehicles, Movida’s fleet is still smaller than that registered by Localiza, the market leader, in the first quarter. Excluding Unidas, whose incorporation was approved by the Administrative Council for Economic Defense (Cade) in June, Localiza had a total of 273,600 cars.

In the same period, Unidas had 116,100 vehicles in its fleet. In the agreement signed with Cade to join Localiza, the company committed to selling 49,000 cars from this base. The package ended up being acquired by Ouro Verde, controlled by the Canadian fund Brookfield, for R$ 3.5 billion.

For Franklin, despite the fleet being smaller than the one registered by the duo, Movida was assertive in its purchases, renewing the age of the vehicles and adding a greater amount of SUV vehicles, which results in high demand and good rental tickets. “We have the scale that allows us to compete with anyone and enough volume to buy a car. And with new vehicles, we have a very efficient cost per car,” she says.

The first results of this strategy appeared in the second quarter results. Movida’s net revenue grew 90.5% to R$2.3 billion. In car rental and fleet management, the areas most benefited by the new fleet, monthly revenue per car grew 46.2% and 30.2% compared to the second quarter of last year, respectively.

Combined with the highest volume ever recorded in used car sales, Movida’s Ebitda ended up growing 2.3 times, to R$905.3 million.

Despite the operational boost, the new fleet also resulted in an increase in Movida’s depreciation expenses in the second quarter. In the car rental part, costs rose 72.2%, to R$247.9 million, while in fleet management, costs increased 154.2%, to R$173.6 million.

This point was highlighted by Santander analysts in a report on the balance sheet season. For them, the depreciation would be one of the factors causing the profit to grow less in the second quarter, along with the increase in financial expenses. The bank projected an increase of 12%, to R$ 195 million. In the end, the last line of the balance sheet grew 7.4%, to R$ 186.8 million.

According to Franklin, the company chose to be more conservative in relation to depreciation, assuming the impacts at this first moment, so as not to have to make adjustments next year, when the market should return to normal and the prices of used vehicles will not rise, as happened anomalously during the pandemic.

“We believe that the market has started to normalize in the sale of used cars, prices should fall again every month”, he says. “Apart from the fact that we have a higher percentage of SUVs in the fleet. This makes the average price of the fleet higher, thus the depreciation per car is higher in absolute terms.”

Boticário integrates virtually 100% of its shops into…

At Vulcabras, the race in the direction of informal…

In the 1990s, when he was a Formula 3 driver, Pedro Bartelle followed a ritual. On the day before each stage,…

DSK Capital, a manager that has already invested in companies such as Atlas and ABC da Construção, led fintech round Finplace,…

Ouro Verde takes over the property and title of…

When Localiza and Unidas announced in September 2020 that they had reached an agreement to merge the operations, many people expressed…