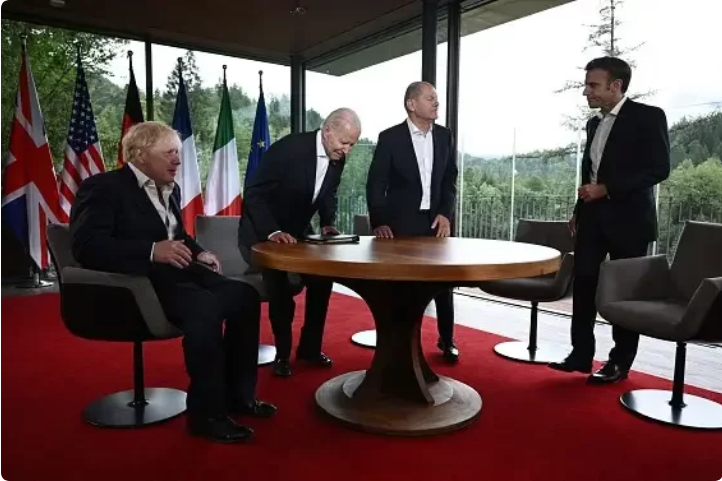 A barrel of oil can reach US$ 130: how are prices in Brazil?

New restrictions on the purchase of Russian oil and increased demand in China are already starting to raise fuel prices; Petrobras is pressured not to make new readjustments

In the face of further increases in Petroleum earlier this week, with a barrel quoted at more than 111 dollars, fears of a price hike entered the radar again. The trigger, this time, was given by the G7 meeting, in which new limitations on the purchase of Russian oil are discussed, and expectations of an acceleration of demand in China with the end of the lockdowns.

gathered in Germany, the leaders of the world’s richest countries must strike a deal to limit Russian oil prices. The aim is to weaken the Russian economy and reduce Vladimir Putin’s advances in Ukraine. Analysts and investors, however, fear that it could backfire: the Kremlin has already threatened to cut further oil supplies to Europe if the initiative goes ahead. As Western countries increase sanctions on Moscow, Russian energy giant Gazprom has reduced deliveries of natural gas and oil to European countries.

In a context of reduced supply, oil prices have been rising. About 66% of Russian oil is currently struggling to find buyers, according to JPMorgan, the world’s largest bank by market value – most Russian production has been bought by China and India at a discount. Even so, in a context of retraction of purchases from Europe, Moscow began to turn off the tap on oil extraction.

“Oil production in Russia has already been greatly reduced and is expected to fall further, by around 1 million barrels a day, by the end of the year,” says Reid L’Anson, senior economist at Kpler, a consultancy specializing in the oil market. energy. The expectation is that, with this, there will be further price increases, with values ​​around 125 dollars or 130 dollars. “The market appears to be returning to undersupply conditions as Chinese demand has returned and consumption in OECD countries remains strong.”

Since the beginning of the war in Ukraine, the barrel price increased by more than 60%. Signs of weakness in the European and American economies, both facing the highest inflation rates in recent decades and the threat of recession, could reduce prices towards the end of the year, in Kpler’s view. “A limitation in demand should keep the price at 115 or 120 dollars, but until then we can see higher values”, says L’Anson.

The problem is not just Russia. In a perfect storm scenario, producing countries like Libya it’s the Ecuador have faced protests, due to political and economic crises, which risk limiting exports – some refineries in Libya were closed due to the demonstrations.

In this scenario, Western countries have sought a rapprochement with Iran and Venezuela. This Monday, the 27th, representatives of the Iranian and American governments departed for Qatar for a new round of negotiations. Earlier this month, the United States authorized oil companies Repsol and Eni to export oil from Venezuela to Europe starting in July. Chevron also received the green light to resume operations in Venezuela.

In Brazil, some states announced reduction in billing of the Tax on Circulation of Goods and Services (ICMS) on gasoline. In São Paulo, the liter of gasoline should be R$ 0.50 more affordable. Goiás also announced a drop in tax rates to contain the rise in prices. With this, consumers must pay R$ 0.85 reais at the pump.

At the same time, congressional and government leaders have pressured Petrobras not to carry out further readjustments. If the current system of parity with the international price of oil prevails, the market believes that global fluctuations in the price of the commodity will end up being passed on to Brazilian consumers.

After assuming the presidency of the company on Monday, the 27th, Caio Paes de Andrade, former secretary of Debureaucratization at the Ministry of Economy, would already be listening to requests to make changes in the board, according to sources close to the government, and to put names more aligned with the Palace. of the Plateau. Today, the company’s core is made up of financial market specialists and executives who have made their careers at the state-owned company.

Hyundai targeted in search operations in Germany and…