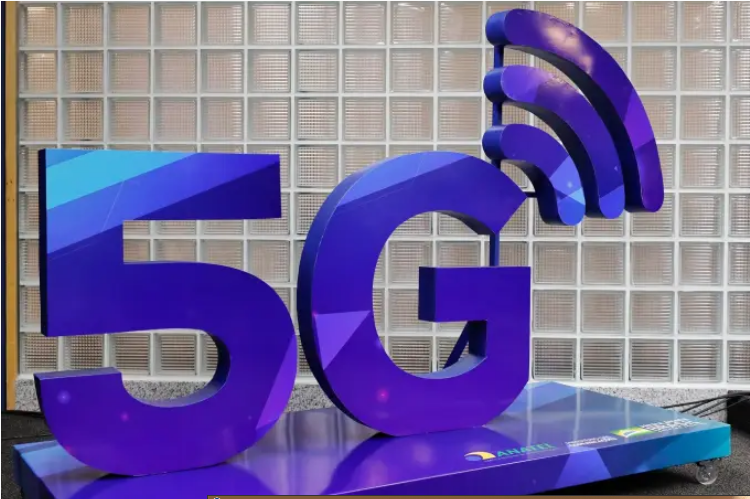 5G networks face difficulties in 17 capitals and should delay the start of the new technology. Understand

More modern smartphone owners already see, on their displays, the 5G symbol as the default for their networks. While many believe this is a harbinger of things to come, it is still not the technology promised to revolutionize the speed of communication. The country does not have, at any point, the fifth generation “pure” cell phones.

Although it is promised to open in two months, there are still many difficulties in the way. Therefore, technicians from the National Telecommunications Agency (Anatel) are already considering postponing the deadline for the start of operations in the capitals by two months.

According to the rules of the public notice, the winners of the auction (especially Claro, Tim and Vivo, the largest mobile network operators in the country) must place at least one pure 5G antenna for every 100,000 inhabitants in all capitals until July 31 this year.

But the deadline can be extended by two months. With 12.3 million inhabitants, for example, the city of São Paulo will need to have at least 123 5G antennas this year.

This version is known as “pure” because it uses a completely new infrastructure dedicated to 5G, without taking advantage of the structure used to date by 4G. And this “impure” 5G that appears on cell phone displays across the country.

— It is thanks to stand-alone 5G that innovation in fifth-generation networks can happen. 5G SA will make it possible to develop low-latency use cases; it will enable the connection of millions of devices per square kilometer and will be able to carry out the aggregation of several 5G carriers. These characteristics will bring speeds much higher than what we currently have in telecommunications networks that use wireless networks — explains Wilson Cardoso, Technology Director for Latin America at Nokia, one of the three largest suppliers of equipment for 5G.

For now, companies only offer 5G DSS, a combination of frequencies used in 4G that allows them to offer higher speeds, but without the same qualities as the “pure” version. There are 60 municipalities with this technology, which is accessed by 1.7 million users, according to Anatel.

While the deadline for the definitive implementation of public 5G networks does not arrive, companies seek to circumvent obstacles to the installation of the technology. The main one is the restrictive legislation in several cities, which prevents the installation of a large number of antennas.

In 4G, a tower sends the signal to an entire neighborhood, for example. 5G waves are shorter (the shorter, the faster the speed) and, therefore, ten times more devices will be needed.

Of the 27 capitals, only nine already have laws that allow the installation of devices in places such as the top of buildings and public lighting poles, allowing the implementation of 5G, according to a survey by Conexis, an association that brings together telecommunication companies.

Although more antennas need to be installed, this equipment is much smaller than traditional communication towers, which has little effect on the landscape of cities.

The Ministry of Communications says that it has been working to support municipalities to reduce barriers on the installation of infrastructure necessary to offer 5G.

Leonardo Capdeville, technical director of Tim Brasil, says that the company defended the adoption of the standalone 5G standard because it believes it is the best model for Brazil. For the installation, he says, he is just waiting for the release of the frequency by Anatel

— The operator believes that the arrival of real 5G will bring a series of benefits and solutions to society and the industry, the most relevant being the massive enablement of IoT and the generation of more businesses and ventures also in smart cities, health, education, energy, logistics and other areas — he says.

Anatel’s schedule determines the expansion of 5G every year until 2029, when it will be necessary to serve 100% of the municipalities, including those with a population below 30 thousand inhabitants.

Claro claims that it has already launched standalone networks in São Paulo and Brasília in the 2.3 GHz frequency (which is not the main frequency of the auction). The company says that it has carried out tests applied to industry, agriculture, health and entertainment with excellent results”.

Claro reinforces that it is fully prepared for the implementation of 5G Standalone in the 3.5Ghz band and, for that, it awaits the releases of the responsible entities. The company also informs that it will comply with the 5G implementation deadlines determined in the auction held by Anatel”, says the company.

Vivo says that it dedicates all its efforts to anticipate the launch of 5G, using the 2.3 GHz band. To this end, it is adapting its network and, since the beginning of December 2021, its customers can experience 5G DSS, initially in some regions of neighborhoods in the cities of São Paulo, Rio de Janeiro and Brasília.

For the 3.5 GHz band, the main one offered by Anatel, Vivo says it will follow the post-auction schedule and is ready to comply with what is in the public notice, covering the coverage of capital cities, scheduled for July this year.

With no public networks available, telephone operators and equipment suppliers in the deployment of the first 5G networks with a business focus. These are private networks dedicated to a customer.

In these cases, technology is used to connect machines, vehicles, devices, sensors and workers in an environment where high performance and safety are critical.

— Each customer has their own plan on how they will invest and monetize 5G, but some points are common. 5G will improve target performance, support new businesses and automate industries in areas such as agriculture, utilities, health and education, among others,” says Rodrigo Dienstmann, Ericsson President for the Southern Cone of Latin America.

Huawei also has private 5G applications, such as the “5G City” project in Curitiba.

— One of the objectives is to map opportunities to improve the user experience through the development of equipment, sustainable solutions such as case studies of application of 5G technology, with low energy consumption and cost, and that maintain the high quality of service delivery — said Gustavo H. Nogueira, Huawei’s sales director.

Rule on abortion could change in the US…

Girls face extra penalties than males once they take…

Only 14% of skydivers are women, but that doesn’t mean they are risk averse. There’s only 32 women among the chief…